Manor House Museum, Ilkley, England, is a local heritage museum and art gallery, and was established in the present building in 1961 to preserve local archaeological artefacts after the spa town expanded and much Roman material was lost. It was managed by Bradford Council Museums and Galleries department but unfortunately had to be closed in 2015 owing to lack of funds. A group of individuals who were passionate about keeping the building open for the public formed the Ilkley Manor House Trust and in April 2018 Bradford Council transferred the Manor House and 3 adjacent cottages to the Trust as a community asset transfer.

The following are key events in the history of the museum: 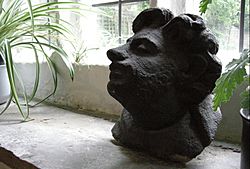 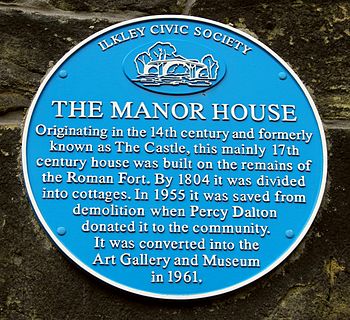 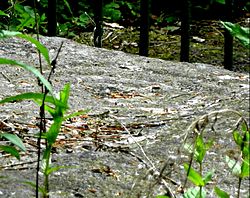 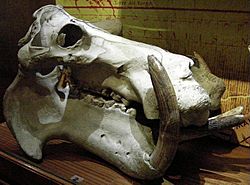 Hippopotamus amphibius skull at Cliffe Castle Museum, Keighley: possibly the one given by Ilkley Museum in 1928.

The following are some key early exhibits at the museum:

The collection was exhibited in rotation. Sadly the famous Roman triple vase was not always on display for that reason, although it attracted visitors because it is the one item which has been consistently listed in reports of the collection since 1892. 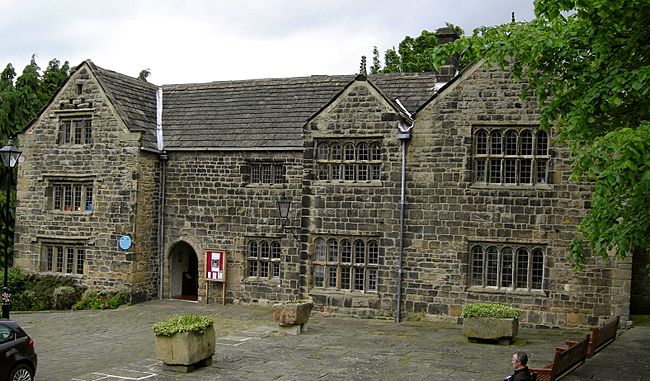 The Manor House building is of historic interest. The building stands on a Roman fort. This is the oldest dwelling-house in Ilkley and was built along with the parish church on the fort Olicana. The church was built in Anglo-Saxon times on top of the Principia or headquarters building of the fort. The Manor House was built into the west defences: that is, it was incorporated with part of the free-standing defensive west wall of the fort, and many robbed-out Roman small squared stone blocks are now part of the building.

The front or south elevation. The building faces south. The left or west wing, where the Museum shop is situated, is partly medieval and was built on the Roman fort wall. The interior entrance to the shop has a 14th-century shouldered lintel. The mullioned windows are 17th century. The central gable covers the main eating hall with fireplace, and the right or east gable is the solar wing, containing upstairs accommodation for the owner, with a garderobe and fireplace. The front walls and windows of the central hall and solar wing are 16th century. The front doorway with pointed arch is possibly late Norman, 14th century.

The back or north elevation of the building is partly built with stones robbed out from the Roman fort. The passage doorway may be medieval, but the archway and right (west) wing are 17th century. The wall beneath the central and east gables on this side is 15th to 16th century. The lowest large window in the solar wing on this north side is 17th century; other north-elevation windows are more modern.

In the interior roof of the solar room, the rigid 15th or 16th century structure of king posts, tie beams and principal rafters forms the main frame of the roof, as a series of triangular trusses.

For some of the time, the ground floor room in the solar wing was used for educational purposes.

All content from Kiddle encyclopedia articles (including the article images and facts) can be freely used under Attribution-ShareAlike license, unless stated otherwise. Cite this article:
Manor House Museum Facts for Kids. Kiddle Encyclopedia.