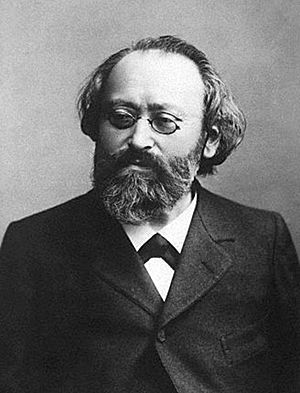 Max Christian Friedrich Bruch (6 January 1838–2 October 1920) also known as Max Karl August Bruch, was a German Romantic composer and conductor who wrote over 200 works, including three violin concertos, one of which is a staple of the violin repertoire.

His conservatively structured works, in the German romantic musical tradition, placed him in the camp of Romantic classicism exemplified by Johannes Brahms, rather than the opposing "New Music" of Franz Liszt and Richard Wagner. In his time, he was known primarily as a choral composer.

All content from Kiddle encyclopedia articles (including the article images and facts) can be freely used under Attribution-ShareAlike license, unless stated otherwise. Cite this article:
Max Bruch Facts for Kids. Kiddle Encyclopedia.