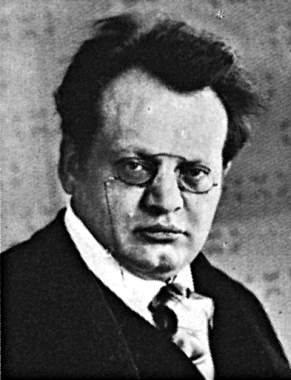 Reger’s father was a schoolteacher who was an amateur musician. When he was a boy Max helped his father to rebuild an organ that was going to be thrown away. This was the instrument on which he learned to play. It was some time before he started proper lessons, but by the time he was a teenager he was playing the organ for church services. When he was 15 he went to Bayreuth to hear Wagner’s operas. This was the moment when Reger decided he wanted to become a musician.

Reger studied music in Munich and Wiesbaden with a famous teacher Hugo Riemann. He composed a lot of music, especially for the organ. His musical style was similar to that of Brahms, but he also learned a lot from the music of Bach, Mendelssohn and Schumann. He liked the symphonic poems of Liszt and these gave him the ideas for writing chorale fantasies for the organ, although he never wrote music that tells a story (programme music).

In 1902 Reger married. He and his wife adopted two children. In 1907 he became professor of composition at the University of Leipzig. He was a very good teacher. He became well-known abroad. He travelled to London where he spent hours in the art galleries. Then he bored his friends by talking all the time about the paintings. He conducted the orchestra at Meiningen, performing works by many composers, especially Brahms, Bruckner and his own.

Reger enjoyed eating and drinking. He regularly went to his local café where he would eat ten large sausages and drink ten glasses of beer. His health got bad, and he died of a heart attack in Leipzig, where he was visiting friends on his way home from the Netherlands.

Reger wrote an enormous amount of music, but very little of it is played nowadays. He wrote in a late-Romantic style. He is best remembered for his organ music. He liked to write fugues and sets of Variations. His Fantasy and Fugue on BACH is one of the hardest pieces ever written for organ. He wrote a lovely song called Marias Wiegenlied (Mary’s lullaby).

All content from Kiddle encyclopedia articles (including the article images and facts) can be freely used under Attribution-ShareAlike license, unless stated otherwise. Cite this article:
Max Reger Facts for Kids. Kiddle Encyclopedia.