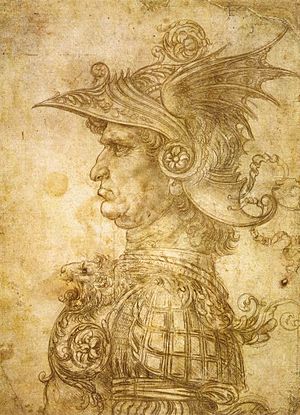 Mercenaries are soldiers who fight mainly for money, rather than for their country or for their political beliefs.

Mercenaries are a very old phenomenon, and they are mentioned already in the Old Testament - King David had a bodyguard of Cretan and Philistine mercenaries. The Carthaginians often used mercenaries. The so-called Free Companies in the Middle Ages were mercenary companies which consisted of rogue knights and archers. The Japanese ronin were mercenary samurai.

In 2004, Sir Mark Thatcher was arrested in connection with an attempt by mercenaries to take over the country of Equatorial Guinea. Thatcher, son of Margaret Thatcher, the former Prime Minister of the United Kingdom, was eventually fined because of his involvement in giving funds to the leaders, but not with planning the fighting.

All content from Kiddle encyclopedia articles (including the article images and facts) can be freely used under Attribution-ShareAlike license, unless stated otherwise. Cite this article:
Mercenary Facts for Kids. Kiddle Encyclopedia.