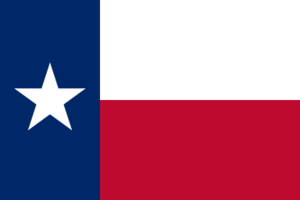 Montgomery is a city located in Montgomery County, Texas, a part of the Houston–The Woodlands–Sugar Land metropolitan area. As of the 2010 census, the city had a total population of 621. It is the birthplace of the Lone Star Flag of Texas.

July 2012 marked the 175th anniversary of the founding of Montgomery, Texas. The town of Montgomery was founded in the middle of the Lake Creek Settlement by W. W. Shepperd in July, 1837 on 200 acres (0.81 km2) of land that had originally been part of the John Corner League. Shepperd had established the first store in the Lake Creek Settlement in 1835. W. W. Shepperd and his partner John Wyatt Moody named the town Montgomery.

Montgomery became the first county seat of Montgomery County shortly after the county was created on December 14, 1837. Dr. Charles B. Stewart lived in Montgomery when he headed a committee appointed by Mirabeau B. Lamar to design an official flag for the Republic of Texas. A copy of his drawing is in the Nat H. Davis Museum Complex & Museum at 14264 Liberty Street, Montgomery, Texas.

There are many historic markers in Montgomery, including the (New) Montgomery Cemetery which honored Texans such as Dr. Charles B. Stewart, a signer of the Texas Declaration of Independence and first secretary of state. Other historic buildings may include the First State Bank, the Old Montgomery Baptist Church, and the Shelton-Smith House. There is a lot of history when it comes to the Hodge Podge Lodge. The 7th graders have to make a scrapbook for their Texas history class, this is one of the houses that must be included in their project. Some letters are included in the link. On February 25, 2017, a Texas Historical Commission marker recognizing the Lake Creek Settlement will be dedicated in a ceremony at the Nat Hart Davis Museum and Pioneer Complex in Montgomery, Texas at 11:00 a.m.

There are 199 households out of which 31.2% have children under the age of 18 living with them, 43.7% are married couples living together, 16.6% have a female householder with no husband present, and 32.7% are non-families. 30.2% of all households are made up of individuals and 11.6% have someone living alone who is 65 years of age or older. The average household size is 2.46 and the average family size is 3.08.

Ling-Chieh "Louis" Kung, the nephew of Soong Mei-ling, built an underground bunker in Montgomery, which was completed in 1982. Kung took money that he made from the success of the Westland Oil Development Corp. in the 1970s and used it to build the bunker, since he feared that the Soviet Union or the People's Republic of China would launch nuclear weapons towards the United States. Kung bought hundreds of acres of cow pasture on the outskirts of Montgomery and secretly began building the bunker. The two story, 40,000 square feet (3,700 m2) bunker could house at least 700 people; Kung intended to have the bunker house his employees, their families, and others in case of a two-month emergency. Melanie Trottmann of The Wall Street Journal stated that the bunker "was a source of intrigue and gossip for the town of Montgomery." After the oil bust in the 1980s, Kung lost the title to the property; Kung died in 1996. Trottman said that the bunker "sat frozen in time" until a group of investors bought the property. In 2003 the investors hired Westlin Corp. to head efforts to convert the bunker into a rental site for data storage. Trottman said that the interest in the storage space was initially "lukewarm" when the owners of the bunker began leasing space in early 2005. The aftermaths of Hurricane Katrina and Hurricane Rita prompted many companies along the Gulf of Mexico to find space for emergency data storage. By 2006 the number of tenants went from around 25 to 50. Continental Airlines became the largest tenant in the facility; Continental decided that it needed a safer place to manage its flight operations in case it has to evacuate Continental Center I, its headquarters in Downtown Houston. The other tenants include Anadarko Petroleum and several medical companies from the city of Houston and the state of Louisiana.

Montgomery Westland was acquired by Pudge Properties in April 2007. The partners have invested over $30M in campus improvements. The partnership has committed to develop the campus into one of the most secure Disaster Recovery/Business Continuity Centers in the United States.

Power to the facility is fed by two diverse routes. Power distribution is supplied via two 4000 A / 480 V switchboards, five (5) generator sets provide a total capacity of 3600 kW, and UPS power is supplied via (5) 500 kVA modules. There are four underground fuel tanks with a storage capacity of 50,000 gallons. Bunker space is provided with a minimum of N+1 cooling utilizing Liebert down draft units with humidification, reheat, and moisture detection. Temperature, humidity, and alarm conditions are monitored electronically 24/7. The master plan for Montgomery Westland includes a four phase expansion in office buildings for business continuity/disaster recovery and an additional 100,000 square feet (9,300 m2) in new bunker space for secure data storage. Connectivity to the complex is offered via diverse fiber routes at Gig E speeds from various carriers. Montgomery Westland is a carrier neutral facility with eight (8) network providers including AT&T, Consolidated, ICTX Wave Media, Level(3), Phonoscope, AboveNet, Time Warner Telecom, and Suddenlink.

N.H. Davis Museum Complex & Museum Dr. Charles B. Stewart lived in Montgomery when he headed a committee appointed by Mirabeau B. Lamar to design an official flag for the Republic of Texas. A copy of his drawing is in the Nat H. Davis Museum Complex & Museum at 14264 Liberty Street; Montgomery, TX 77356. Phone 936.597.4360. The Museum is open Wednesday through Saturday from 11:00a to 3:00p. Special tours of the Museum, the two adjacent historic law offices and the other four buildings owned by the Montgomery Historical Society can be arranged for a nominal per person donation. The Montgomery Historical Society sponsors the Christmas in Historical Montgomery the 2nd weekend of December featuring an old fashioned parade, the famous cookie walk and candlelight home tour. (Funds raised go toward maintaining the buildings owned by the Society.)

The climate in this area is characterized by hot, humid summers and generally mild to cool winters. According to the Köppen Climate Classification system, Montgomery has a humid subtropical climate, abbreviated "Cfa" on climate maps.

All content from Kiddle encyclopedia articles (including the article images and facts) can be freely used under Attribution-ShareAlike license, unless stated otherwise. Cite this article:
Montgomery, Texas Facts for Kids. Kiddle Encyclopedia.