Mount Barney is a locality within the Scenic Rim Region, Queensland, Australia. 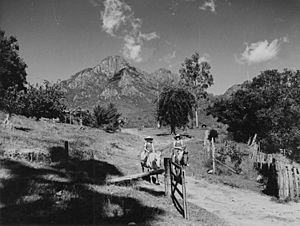 Track on farmland at the foot of Mount Barney, circa 1952 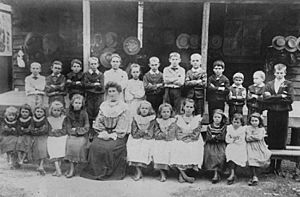 The Thulumbah Provisional School opened in 1901 and became Thulumbah State School on 1 January 1909. In 1916 it was renamed Mount Barney State School. The school closed in 1962.

All content from Kiddle encyclopedia articles (including the article images and facts) can be freely used under Attribution-ShareAlike license, unless stated otherwise. Cite this article:
Mount Barney, Queensland Facts for Kids. Kiddle Encyclopedia.