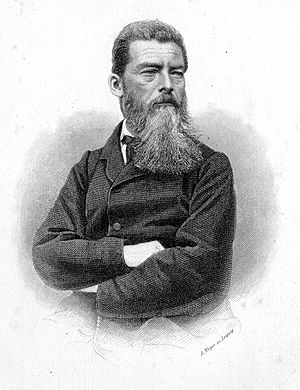 It is a kind of philosophy called metaphysical, because it covers everything: "nature is all there is, and all basic truths are truths of nature".

All the things and powers which are commonly called supernatural, such as God, souls or witchcraft do not exist, according to this position.

Methodological or scientific naturalism is concerned with practical methods for acquiring knowledge.

Many scientists use the scientific method for their research. Hypotheses are be explained and tested only by reference to natural causes and events.

Explanations for observations are only useful when they are based on hypotheses of natural causes. An explanation that relies on a natural mechanism that works according to certain rules is usable. Explanations that need miracles to work are not.

Methodological naturalism is the principle underlying all of modern science. Some philosophers extend this idea, so that it applies to all of philosophy as well. Science and philosophy, according to this view, are said to form a continuum. W.V. Quine, George Santayana, and other philosophers have advocated this view.

A number of other philosophical ideas are similar to naturalism:

All content from Kiddle encyclopedia articles (including the article images and facts) can be freely used under Attribution-ShareAlike license, unless stated otherwise. Cite this article:
Naturalism (philosophy) Facts for Kids. Kiddle Encyclopedia.