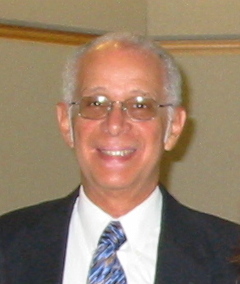 Norman P. Girvan (1941 – 9 April 2014) was a Jamaican economist, educator, and politician. He was Secretary General of the Association of Caribbean States from 2000 until 2004. He was born in Saint Andrew Parish, Surrey County.

All content from Kiddle encyclopedia articles (including the article images and facts) can be freely used under Attribution-ShareAlike license, unless stated otherwise. Cite this article:
Norman Girvan Facts for Kids. Kiddle Encyclopedia.