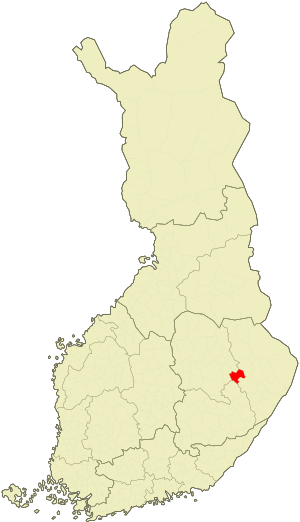 Outokumpu is a city in North Karelia, Finland. It had almost 7,300 people living there in January 2014. The municipalities next to it are Heinävesi, Kaavi, Liperi, Polvijärvi and Tuusniemi.

The municipality was previously called Kuusjärvi until 1968.

A deep hole was drilled near here between 2004 and 2005. The hole is 2,516 meters deep and its diameter is 22 cm. It was made for reseach purposes by the Russian company Nedra.

All content from Kiddle encyclopedia articles (including the article images and facts) can be freely used under Attribution-ShareAlike license, unless stated otherwise. Cite this article:
Outokumpu Facts for Kids. Kiddle Encyclopedia.