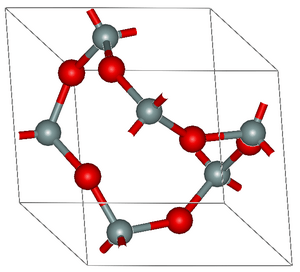 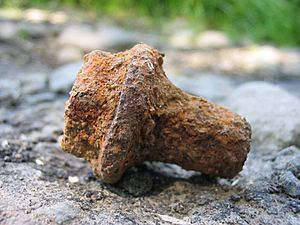 An oxide is a chemical compound containing an oxygen atom and other elements. Most of the Earth's crust consists of oxides. Oxides can be made when elements are oxidized by air (when oxygen in the air react with the element).

Some common oxides are:

All content from Kiddle encyclopedia articles (including the article images and facts) can be freely used under Attribution-ShareAlike license, unless stated otherwise. Cite this article:
Oxide Facts for Kids. Kiddle Encyclopedia.