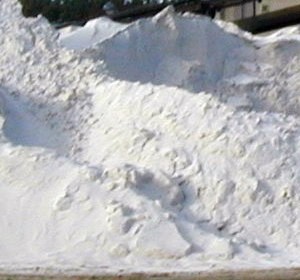 Silicon dioxide, also known as silica, is a chemical compound, the oxide of silicon. Its chemical symbol is SiO2. It is known for its hardness since the 16th century. It is an important compound used in most types of glass and other hard substances such as concrete, porcelain and stoneware.

It is made up of 2 oxygen atoms and 1 silicon atom.

Silicon dioxide exists in nature in a number of forms, including flint, quartz and opal. If it is breathed in as dust, it can cause silicosis and cancer, as the dust is trapped in the lungs. Besides the dangers of inhaling it in dust form, it is harmless. 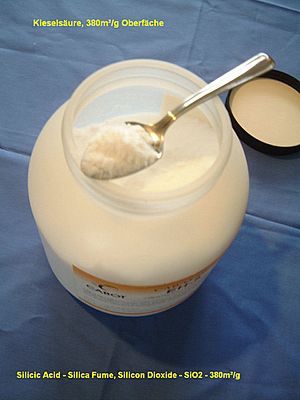 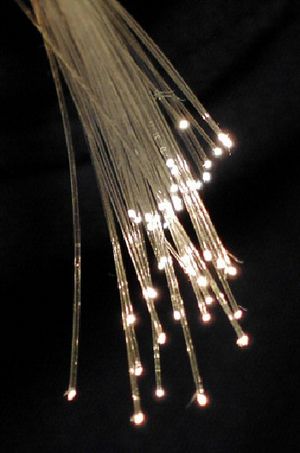 About 95% of the commercial use of silicon dioxide (sand) occurs in the construction industry, e.g. for the production of concrete (Portland cement concrete).

Silica, in the form of sand is used as the main ingredient in sand casting for the manufacture of metallic components in engineering and other applications. The high melting point of silica enables it to be used in such applications.

Crystalline silica is used in hydraulic fracturing of formations which contain tight oil and shale gas.

Precursor to glass and silicon

Silica is the primary ingredient in the production of most glass. The glass transition temperature of pure SiO2 is about 1475 K. When molten silicon dioxide SiO2 is rapidly cooled, it does not crystallize, but solidifies as a glass.

The structural geometry of silicon and oxygen in glass is similar to that in quartz and most other crystalline forms of silicon and oxygen with silicon surrounded by regular tetrahedra of oxygen centers. The difference between the glass and crystalline forms arises from the connectivity of the tetrahedral units: Although there is no long range periodicity in the glassy network ordering remains at length scales well beyond the SiO bond length. One example of this ordering is the preference to form rings of 6-tetrahedra.

Fumed silica also known as pyrogenic silica is a very fine particulate or colloidal form of silicon dioxide. It is prepared by burning SiCl4 in an oxygen-rich hydrogen flame to produce a "smoke" of SiO2.

The majority of optical fibers for telecommunication are also made from silica. It is a primary raw material for many ceramics such as earthenware, stoneware, and porcelain.

Silica is a common additive in food production, where it is used primarily as a flow agent in powdered foods, or to adsorb water in hygroscopic applications. It is used as an anti-caking agent in powdered foods such as spices and non-dairy coffee creamer. It is the primary component of diatomaceous earth. Colloidal silica is also used as a wine, beer, and juice fining agent. It has the E number reference E551.

In cosmetics, it is useful for its light-diffusing properties and natural absorbency.

Hydrated silica is used in toothpaste as a hard abrasive to remove tooth plaque.

Silicon dioxide could be grown on a silicon semiconductor surface. Silicon oxide layers could protect silicon surfaces during diffusion processes, and could be used for diffusion masking.

Surface passivation is the process by which a semiconductor surface is rendered inert, and does not change semiconductor properties as a result of interaction with air or other materials in contact with the surface or edge of the crystal. The formation of a thermally grown silicon dioxide layer greatly reduces the concentration of electronic states at the silicon surface. SiO2 films preserve the electrical characteristics of p–n junctions and prevent these electrical characteristics from deteriorating by the gaseous ambient environment. Silicon oxide layers could be used to electrically stabilize silicon surfaces. The surface passivation process is an important method of semiconductor device fabrication that involves coating a silicon wafer with an insulating layer of silicon oxide so that electricity could reliably penetrate to the conducting silicon below. Growing a layer of silicon dioxide on top of a silicon wafer enables it to overcome the surface states that otherwise prevent electricity from reaching the semiconducting layer.

The process of silicon surface passivation by thermal oxidation (silicon dioxide) is critical to the semiconductor industry. It is commonly used to manufacture metal-oxide-semiconductor field-effect transistors (MOSFETs) and silicon integrated circuit chips (with the planar process).

Hydrophobic silica is used as a defoamer component.

In its capacity as a refractory, it is useful in fiber form as a high-temperature thermal protection fabric.

Silica is used in the extraction of DNA and RNA due to its ability to bind to the nucleic acids under the presence of chaotropes.

A silica-based aerogel was used in the Stardust spacecraft to collect extraterrestrial particles.

Pure silica (silicon dioxide), when cooled as fused quartz into a glass with no true melting point, can be used as a glass fiber for fiberglass.

All content from Kiddle encyclopedia articles (including the article images and facts) can be freely used under Attribution-ShareAlike license, unless stated otherwise. Cite this article:
Silicon dioxide Facts for Kids. Kiddle Encyclopedia.