Kids Encyclopedia Facts
This page is about the former territorial authority district, which was abolished on 1 November 2010. For the suburb, see Papakura. 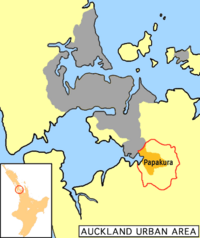 Papakura District is a former local council territory in New Zealand's Auckland Region that was governed by the Papakura District Council from 1989 until 2010. The area makes up the southernmost part of the Auckland metropolitan area.

The area was originally a small independent city, until it became Papakura District in the 1989 reorganisation of New Zealand's local governments, and has now been overtaken by Auckland’s urban sprawl. The district is flanked by beaches on the Manukau Harbour to the west, Manukau City to the north and east, and the Franklin District to the south.

In 2010, Papakura District boundaries covered 123 square kilometres and the centre of the district was located 32 km from downtown Auckland.

The geography of the district encompasses fertile plains, the inlets and foreshores of the Manukau Harbour, and the rolling foothills of the Hunua Range; a relatively narrow but strategically well positioned narrow span of land between the Hauraki Gulf and the Manukau Harbour. Much of the district – particularly in the west – is flat to rolling land. There is extensive peat soil in the Takanini area, which was once a vast wetland and peat bog. In the east, low-to-medium-sized foothills lead out into the Hunua range.

The district was arranged into four wards during the existence of the Papakura District Council, now the entire area makes up a Papakura Local Board in the new Auckland city territory.

Keri Hill has pastoral lifestyle blocks overlooking Ardmore; Red Hill offered a strategic vantage point for the indigenous Maori people, but is now a popular suburb; Pahurehure has a harbourside setting on the eastern reaches of Manukau Harbour. Drury is the first genuine country town south of Auckland, and Takanini is Papakura's main industrial zone.

In the major reformation of local government in 1989, Papakura became a district. Prior to that time, a smaller area was known as Papakura City, which was a small city of New Zealand, but the new area included parts of the surrounding rural countryside that had previously been part of Manukau City. After the major change Papakura City became Papakura District, part of the Auckland Region. The whole district counts as part of the Auckland urban area for statistical purposes, forming part of its southern boundary.

On 1 November 2010, the Papakura District Council was merged into the new Auckland Council. All council facilities and services were handed over to the new council.

Papakura District’s population is estimated to be growing at three times the rate of New Zealand as a whole and is predominantly European. Over 60% residents living in Papakura District belong to the European ethnic group and 36% belong to Maori and Pacific Islander group. The city council is planning for Papakura's population to more than double by 2050. 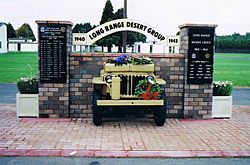 In addition to the local council chambers, Papakura is served by a large Police Department; one of Auckland's busiest stations, a District Courthouse, and a WINZ office.

Papakura once served a significant military population, but now only the SAS special forces are based at Papakura. Nearby houses were originally Army Homes, but are now in private hands. 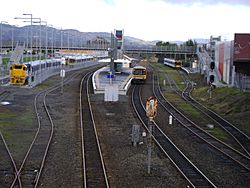 Auckland's southern motorway and the North Island Main Trunk railway run through the Papakura District and a large airfield is located nearby at Ardmore. Train and bus services provide the bulk of public transport, with frequent trains on the Southern Line between Papakura and the CBD (Britomart). Recent investment has focused on upgrading and refurbishing the region's trains and suburban railway stations, most recently with the opening of a modern station facility at the town centre. Papakura is the final stop for most southbound public transport in Auckland, and Papakura is the third busiest station on the rail network. Drawn by frequent services into and out of the city, rail commuters come from Papakura itself, Franklin County and the northern Waikato. Though the motorway and Great South Road flow relatively freely at peak times, road commuters are affected by the acute traffic congestion as they get closer to metropolitan Auckland.

Ardmore Airport serves recreational aviators, private and commercial flights. It is the busiest airport in New Zealand based on aircraft movements, and is home to a wide range of innovative small to medium-sized aerospace businesses and popular among the non-commercial aviation sector.

Some notable sports facilities include an indoor-outdoor swimming pool, an international-quality athletics track, a sports stadium, and venues for rugby, netball, golf, tennis, badminton, soccer, and many other sports. The council also operates a library and a theatre. Papakura also has a number of skate parks, a skate bowl and an extensive BMX track that regularly hosts major cycling events.

All content from Kiddle encyclopedia articles (including the article images and facts) can be freely used under Attribution-ShareAlike license, unless stated otherwise. Cite this article:
Papakura District Facts for Kids. Kiddle Encyclopedia.