Parishes of Guernsey facts for kids 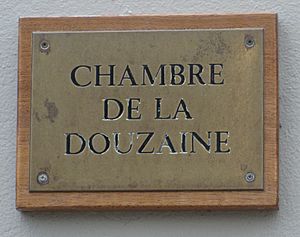 The Bailiwick of Guernsey includes the island of Guernsey and other islands such as Alderney, Sark, Herm, Jethou, Brecqhou, and Lihou. Each parish was established, probably in the 11th century, as a religious area, each having its parish church. Administratively each parish is now administered by an elected council known as a Douzaine. 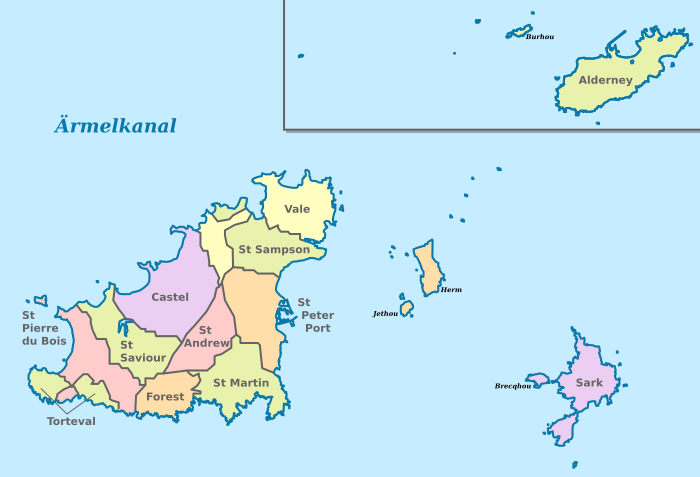 The parishes of Guernsey.

Herm and Jethou form part of the parish of St Peter Port, Lihou falling within the area of St Pierre du Bois.

All content from Kiddle encyclopedia articles (including the article images and facts) can be freely used under Attribution-ShareAlike license, unless stated otherwise. Cite this article:
Parishes of Guernsey Facts for Kids. Kiddle Encyclopedia.