Melting ice cubes is an example of a physical change 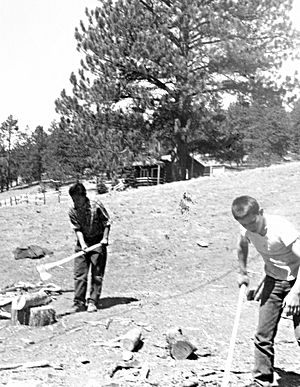 A physical change is a change where no new substance is formed.

Physical changes affect the form of a substance, but not what it's made up of.

Some physical changes are reversible and their mass does not change.

An example is a change in shape. You could melt an ice cube. The shape has changed but it is still made of the same substance. You can also re-freeze it.

Many physical changes also involve the rearrangement of atoms most noticeably in the formation of crystals.

All content from Kiddle encyclopedia articles (including the article images and facts) can be freely used under Attribution-ShareAlike license, unless stated otherwise. Cite this article:
Physical change Facts for Kids. Kiddle Encyclopedia.