Pickens, formerly called Pickens Courthouse, is a city in Pickens County, South Carolina, United States. The population was 3,126 at the 2010 census. Pickens changed its classification from a town to a city in 1998, but it was not reported to the Census Bureau until 2001. It is the county seat of Pickens County. It was named after Andrew Pickens (1739–1817), an American revolutionary soldier and US Congressman for South Carolina.

Pickens is part of the Greenville–Mauldin–Easley Metropolitan Statistical Area. 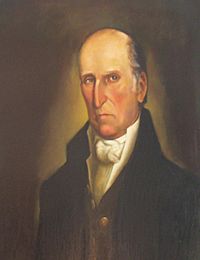 Present-day Pickens of Pickens County was previously Cherokee Territory. During the American Revolutionary War the Cherokee sided with the Kingdom of Great Britain. When Great Britain was defeated in the war the Cherokee were forced to surrender their land. In 1791 the state legislature established Washington District that comprises present-day Greenville, Anderson, Oconee, and Pickens County. In 1798 Washington District was divided into Greenville and Pendleton districts. The Pendleton district eventually became Anderson, Oconee, and Pickens County. Pendleton District was divided in 1828 into Anderson and Pickens. A courthouse was established on the banks of the Keowee River where the town of Pickens Court House was developed. The Hagood-Mauldin House was built around 1856 and is one of the historic structures of Pickens County. In 1868 the Pickens District was divided for a final time into Pickens and Oconee County. Pickens Court House relocated to its present-day site and was renamed to Pickens.

The Pickens Railway was established in 1898 as a Shortline railroad from Easley to Pickens. From 1955 until 1987 Sangamo-Weston Inc. operated a capacitor manufacturing facility just outside Pickens. Until they were banned in the US, Sangamo discharged a significant amount of polychlorinated biphenyls (PCBs) into a tributary of the Twelve Mile River which feeds Lake Hartwell. Sangamo also dumped contaminated waste in six locations in the vicinity of Pickens. In two of these locations the waste was burned forming more dangerous dioxins. According to the Spartanburg Herald-Journal, contamination was discovered at the "Breazeale site", southwest of town. Schlumberger paid $11.8 million to federal and state agencies for injuries to natural resources caused by the contamination.

According to the United States Census Bureau, the town had a total area of 2.5 square miles (6.4 km²), of which, 2.5 square miles (6.3 km²) of it is land and 0.04 square miles (0.1 km²) of it (0.81%) is water. Pickens also has several small mountains that surround the city. Glassy Mountain,located east of Pickens is a small mountain that can be reached by several small private roads. Glassy Mountain is an excellent example of a piedmont modnadnock, which are rare in South Carolina. Sixty-five acres of the mountain are part of the South Carolina Heritage Trust, and contain varied and rare plant species.<SC DNR Heritage Trust> Perhaps one of the most famous mountains in the area is Table Rock State Park located just to the North of Pickens, but still in the Pickens area,it has been a remarkable symbol to Pickens and can be seen all throughout Pickens and nearby cities such as Easley and Greenville. In addition to Table Rock Mountain, the park contains Pinnacle Mountain, the highest mountain contained entirely within the state of South Carolina.

There were 1,281 households out of which 27.9% had children under the age of 18 living with them, 40.8% were married couples living together, 17.7% had a female householder with no husband present, and 38.0% were non-families. 34.4% of all households were made up of individuals and 15.6% had someone living alone who was 65 years of age or older. The average household size was 2.26 and the average family size was 2.88. 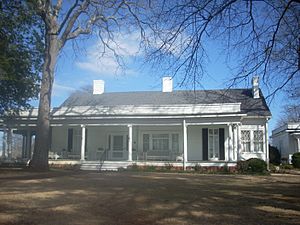 Located three miles north of downtown on US 178 is Hagood Mill, listed on the National Register of Historic Places since 1972. Constructed in 1845 the grist mill was operational until the 1960s. There are monthly southern heritage festivals at the site, and stone ground corn meal and grits may be purchased. <Pickens County SC Cultural Commission>. Of particular interest are petroglyphs discovered in 2003, estimated to be 1,500 to 2,000 years old and possibly from the Hopewell culture. <Anderson SC Independent Mail>. A museum is planned for the historically significant site.

Jocassee Gorges, located about 30 minutes northwest of town, was recently named by National Geographic as one of the 50 Most Beautiful Places in the World.

The Old Pickens Jail is one of the few remaining early jails in Piedmont South Carolina. It was constructed in 1903 and served as a detention facility and offices and living quarters for the county sheriff. The building is on the National Register of Historic Places and now serves the community as a museum.

All content from Kiddle encyclopedia articles (including the article images and facts) can be freely used under Attribution-ShareAlike license, unless stated otherwise. Cite this article:
Pickens, South Carolina Facts for Kids. Kiddle Encyclopedia.