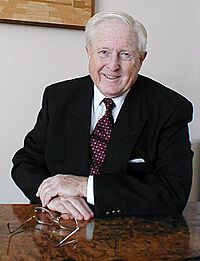 Raymond Gosling (15 July 1926 – 18 May 2015) was a British biophysicist. He was known for doing X-ray diffraction studies on DNA. These studies were the first step in understanding the 3-D structure of DNA. He did these studies as a doctoral student in the research group headed by Maurice Wilkins at Kings College London.

Gosling's first supervisor was A.R. Stokes of the Physics Department. By 1950, Gosling's diffraction photographs were described by Wilkins at the time as "much better than Astbury's, and almost like single crystals".

Gosling was re-assigned to Rosalind Franklin when she joined Wilkins' group in 1951. For the next two years, they worked closely together to improve the X-ray diffraction photography of DNA and get a sharper image. Gosling made the X-ray diffraction image of DNA known as "Photo 51". This work led directly to the 1963 Nobel Prize in Physiology or Medicine being awarded to Francis Crick, James D. Watson and Maurice Wilkins. Gosling was the co-author with Franklin of one of the three DNA double helix papers published in Nature in April 1953.

All content from Kiddle encyclopedia articles (including the article images and facts) can be freely used under Attribution-ShareAlike license, unless stated otherwise. Cite this article:
Raymond Gosling Facts for Kids. Kiddle Encyclopedia.