The original bridge at the site was a wooden covered bridge with six spans, probably utilizing Burr trusses. It was built in 1819 by a contractor named Lothrop.

In 1859, the second Sixth Street Bridge was built by John Roebling, who built this bridge as his third and final bridge in Pittsburgh. It had two main spans of 344 feet (105 m) with shore spans of 177 and 171 feet (54 and 52 m). The floors were suspended from wire hangers that were then suspended from wire catenaries. This bridge was demolished in 1892, as modern transportation rendered it too narrow and fragile.

In 1892, the third Sixth Street Bridge was built by an engineer named Theodore Cooper for the Union Bridge Company. The main spans were 440 feet (130 m) long, each having through trusses of the camel-back type with upward-angled upper chords, and were twice as wide as the previous bridge. In 1927 the bridge had to be taken apart because the steelwork was too brittle for safety. So in 1927, the main spans were somewhat trimmed down temporarily from their 80-foot (24 m) height which were then lowered onto barges and floated down the Ohio River to the back channel of Neville Island to become part of the Coraopolis Bridge. Finally in 1994 the steel was scrapped.

The current bridge was completed on September 29, 1928. It is one of the ‘Three Sisters’ bridges, which also include the 7th and 9th Street Bridges. The three bridges are nearly identical self-anchored, eye-bar suspension type, so called because the horizontal pull of the top cords is resisted by the steel girders along each side of the roadway. The suspension system consists of 14" eye-bars extending from end to end having two pins on the top of each tower and carrying the roadway by 4" eye-bar suspenders at the panel points. The stiffening system consists of triple web plate girders placed parallel to the road grade. The girders are thus subjected to stresses due to bending combined with direct compression. All three bridges were fabricated and erected by American Bridge (AB). In an innovative approach, AB turned the eye-bar catenary/deck girder system temporarily into a truss by adding a diagonal to enable erection by balance cantilever and avoiding falsework in the river.

Named for the Pittsburgh Pirates baseball player Roberto Clemente, it is one of three parallel bridges called The Three Sisters, the others being the Rachel Carson Bridge and the Andy Warhol Bridge. The Three Sisters are self-anchored suspension bridges and are significant because they are the only trio of nearly identical bridges—as well as the first self-anchored suspension spans—built in the United States. Over 720 bridges link the city districts.

The Sixth Street Bridge's piers were built with arched openings beneath the river bed in order to accommodate future subway tunnels, following the recommendation of transportation planner Bion J. Arnold. The North Shore Connector tunnels completed in 2012 did not make use of this provision, but were bored further west (downstream) and do not pass beneath the bridge.

The bridge was renamed on August 6, 1998, as part of a compromise after the Pirates sold the naming rights to PNC Park to locally based PNC Financial Services. Before the naming rights were sold, there was hugely popular sentiment in Pittsburgh to name the park itself after Clemente.

It is closed to vehicular traffic on Pirates' and Steelers' game days, providing a pedestrian route to PNC Park and Heinz Field. When PNC Park was built, a statue of Roberto Clemente, originally erected at Three Rivers Stadium, was placed at the southeast corner of the park, right at the north anchorage of the Roberto Clemente Bridge.

The Pittsburgh History and Landmarks Foundation in cooperation with the Riverlife Task Force, the City of Pittsburgh, and Duquesne Light Company, funded and managed the architectural lighting of the bridge. On November 20, 2002, the bridge was lit for the first time. 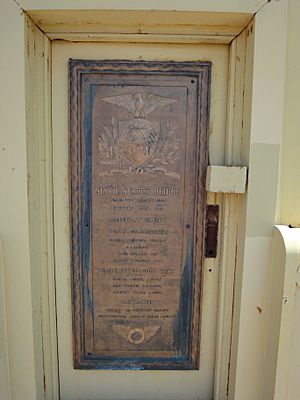 Plaque on the North Shore of the Sixth Street Bridge.

All content from Kiddle encyclopedia articles (including the article images and facts) can be freely used under Attribution-ShareAlike license, unless stated otherwise. Cite this article:
Roberto Clemente Bridge Facts for Kids. Kiddle Encyclopedia.