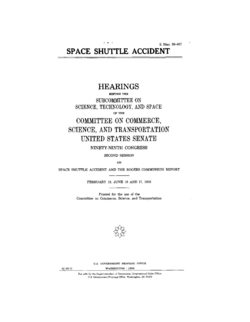 Front page of the Commission Report to Congress

The Rogers Commission Report was created by a Presidential Commission charged with investigating the Space Shuttle Challenger disaster during its 10th mission, STS-51-L.

The report, released and submitted to President Ronald Reagan on 9 June 1986, both determined the cause of the disaster that took place 73 seconds after liftoff, and urged NASA to improve and install new safety features on the shuttles and in its organizational handling of future missions. 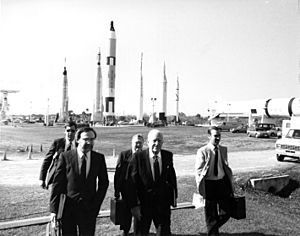 Members of the Rogers Commission arrive at Kennedy Space Center.

All content from Kiddle encyclopedia articles (including the article images and facts) can be freely used under Attribution-ShareAlike license, unless stated otherwise. Cite this article:
Rogers Commission Report Facts for Kids. Kiddle Encyclopedia.