Roxboro is named after a town in Scotland, Roxburgh. Although spelled differently, they are pronounced the same. Prior to the official adoption of the name Roxboro, the community was known as "Mocassin Gap". The city of Roxboro was incorporated on January 9, 1855 and remains the only municipality in Person County.

Roxboro receives an average of 7.2 in (183 mm) of snow per winter. Freezing rain and sleet occur most winters, and occasionally the area experiences a major, damaging ice storm. Roxboro is often dubbed the "Snow Capital of the Triangle" because it often receives the most or close to the most snow during snowstorms in central North Carolina 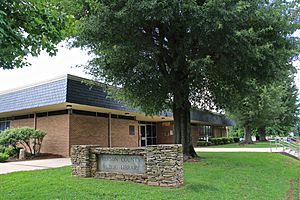 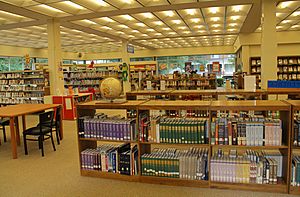 All content from Kiddle encyclopedia articles (including the article images and facts) can be freely used under Attribution-ShareAlike license, unless stated otherwise. Cite this article:
Roxboro, North Carolina Facts for Kids. Kiddle Encyclopedia.