Shattuck-St. Mary's (also known as Shattuck-St. Mary's School, Shattuck, or simply SSM) is a coeducational Episcopal-affiliated boarding school in Faribault, Minnesota, United States. Established in 1858 as an Episcopal mission school and seminary, within a decade the school grew to include Shattuck Military Academy, St. Mary's Hall for girls and later (in 1901) St. James School for younger boys. In 1974 the three schools dropped all military programs and combined as Shattuck-St. Mary's. It is now known for its Centers of Excellence programs in engineering, bioscience, pre-conservatory music, and vocal performance, as well as hockey, soccer, figure skating, and golf. Approximately 70% of its students are boarders.

SSM has won 25 USA Hockey national championships and has been runner-up 10 times among five of its top teams. The last year without a single championship was 2004:

SSM's soccer program has also had success in the U.S. Soccer Development Academy league. In the 2012–13 season, SSM's Boys U17/U18 team placed first in its division, and later became national runners-up, losing to the New York Red Bulls in overtime. In the 2013–14 season, the team placed second in its division.

In 1871 a St. Mary's biology instructor initially discovered a federal- and state-listed endangered species, the dwarf trout lily, on the school's campus. 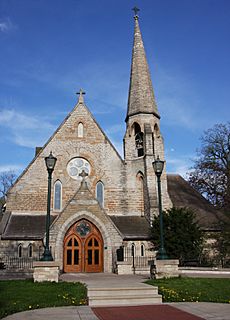 On June 3, 1858, in a small rented building in Faribault, Minnesota, the Rev. Dr. James Lloyd Breck established the Episcopal mission school and seminary from which Shattuck-St. Mary's School has developed. When it opened, there were 45 young girls and boys and six divinity students. About this time, the newly established Episcopal Diocese of Minnesota selected Henry Benjamin Whipple as its first bishop. In 1860, Whipple took over the reins of the school, changing Breck's ambitious plan for "Bishop Seabury University" into "an honest school." In 1864, the school moved to its present site on the bluffs above the Straight River. With this change, the institution became a boarding school for young men and boys. In 1865, Tommy Crump, an English divinity student recently returned from the Civil War, started drilling the boys with sticks, beginning a military program that lasted for more than a century; during this time the campus was known as Shattuck Military Academy.

In 1866, Whipple opened a school for girls, St. Mary's Hall, in his home in downtown Faribault. The girls remained there until 1872 when Whipple moved to a new house and St. Mary's Hall was turned over to a board of trustees. By 1883, St. Mary's had also outgrown its downtown facilities, and a grand, ornate building, often called "the Castle on the Rhine", was built on the bluffs, less than half a mile south of Shattuck. That building burned in 1924, and the limestone structure that stands today was built less than a year later.

Both schools saw rapid growth during the next few years. James Dobbin, who succeeded Breck in 1866 and served as Rector of Shattuck School until 1914, was responsible for the construction of many beautiful limestone buildings, including the first Whipple Hall and the present Shumway Hall. In 1901, Dobbin founded St. James School for younger boys about half a mile north of Shattuck. In 1932, Seabury Theological Seminary merged with Western Theological Seminary and moved to Evanston, Illinois.

In 1972, the three schools, Shattuck, St. Mary's and St. James, were joined into what is known today as Shattuck-St. Mary's. In 1974, the military program was discontinued and the St. James campus was sold.

In the early 1990s, facing serious financial concerns and declining enrollment, Craig Norwich was hired, a decision that permanently changed the course of the school. Norwich created the model of "centers of excellence." The school owned the only ice arena in Faribault and Norwich decided to use that to its advantage to create a world-class hockey program. Jean Paul (J.P.) Parise and 1980 Gold Medal USA Olympic Hockey Team strength & conditioning coach Larry Hendrickson were also instrumental in starting the SSM Elite hockey program. The model used to build the program has been replicated and flourished under former president Nick Stoneman, and is one of the main reasons for the school's success. The "center of excellence" model has been expanded to include soccer, figure skating, golf, pre-conservatory music, bioscience, engineering, and a vocal performance program. The school has grown 50% in the last 6 years, with students from 31 countries and 39 states.

In mid-2009 the Saint James campus was reacquired. It is used for faculty housing, and part of it is rented out to the Cannon River STEM School for grades K–8. In September 2012 the school opened Fayfield Hall, a new science, technology, engineering, and math building and home to the BioScience and Engineering Centers of Excellence.

The Upper School, which includes students in grades 10–12 as well as postgraduates, is located on the Shattuck campus. Opportunities include commitment to a Center of Excellence, extracurricular sports, the arts, the honors program, college counseling, and senior leadership and service projects. Located within St. Mary's Hall, less than half a mile from the Upper School, the Middle School program provides students from grades 6–9 with an identity distinct from that of the upperclassmen. Middle School curriculum includes solid preparation in the major disciplines for high school and college work. In addition, a number of team-building activities and social events, as well as family style seating for lunch, help foster a strong, supportive community.

In 2013, SSM embarked on a three-year partnership with Beijing Bayi School which culminated in the creation of a satellite campus known as SSM-Bayi in Beijing, China. The program offered classes preparing students for the Chinese Huikao examinations as well as a traditional American curriculum featuring Advanced Placement courses and preparation for SAT tests. SSM-Bayi students also had the opportunity to attend summer sessions at the main SSM campus in Faribault. The first contract between the two school lasted until July 2014. Although the partnership on this project has ended, SSM will continue to maintain a globally focused curriculum at the main campus and pursue the creation of further campuses around the world.

Subsequently, SSM has established a branch in Suzhou, China, which lasted just one year. It also planned a campus in Shenzhen, China, but that too failed even before it opened. There is currently a campus in Forest City, Johor, Malaysia. In its second school year (August, 2019), the student population is predominantly from mainland China though it has small numbers of students from other countries (Malaysia, Singapore, Vietnam, Japan and Korea) along with the children of faculty (mostly Americans).

In the past several years the school has made a foray into blended learning for grades 11–12, a model of education that allows teachers to combine the physical classroom with its online counterpart in order to create individualized learning experiences. The extra time not spent in the classroom allows students involved in the Blended Program to pursue other scholastic interests, including independent research projects, product development, and internships. The school has received attention for its work in developing a Blended Learning curicculum, including a grant from the E.E. Ford Foundation and presentations on the subject at the Online Education Symposium for Independent Schools.

The BioScience Program is an experiential academic program for students who intend to pursue a career in medicine, biomedical engineering, or scientific research. The program's curricula includes studies of anatomy, physiology and pathophysiology, and also of social and ethical dilemmas in the medical field. In addition, the BioScience Program offers off campus experiences at biomedical companies, research labs, hospitals, and colleges, and each student is involved in ongoing cancer research. The program is housed within Fayfield Hall, which features laboratory classroom space dedicated solely to BioScience education.

In the Fall of 2014, SSM opened the Engineering Program, which primarily consists of foundational and specialized engineering classes, as well as internships organized by the student and Program Director. The program is housed within Fayfield Hall, which includes access to an engineering lab equipped with a 3-D printer, laser cutter, and a mechanical assembly and testing area, as well as an architectural design studio.

Every student has the opportunity to explore interests in a wide variety of the arts through introductory courses, and advanced study is available through the Centers of Excellence. Alongside these two programs, arts opportunities include the full scale, triannually performed theater productions, as well as Arch Dance Company, theater groups Players and The Dramatic Association, Elements of Sound vocal ensemble, chamber wind ensembles, and AP art courses.

The Pre-Conservatory Program offers serious and talented musicians ample practice time on campus, weekly lessons with Master Teachers at universities in the Twin Cities, courses in music theory, and numerous performance opportunities as a soloist and ensemble member. The program has been referred to as "Prodigy High" due to its success, and has been compared to music programs at top private arts schools.

Along with the Center of Excellence sports, numerous interscholastic sports opportunities are offered in a three-season program and include Basketball, Baseball, Fencing, Golf, Lacrosse, Soccer, Spring League Hockey, Running Club, Tennis, Volleyball, and Ultimate Frisbee. Many Center of Excellence athletes are able to cross-over into these intramural sports for at least one semester a year.

The Hockey Center of Excellence comprises four midget teams, two bantam teams, and two girls' teams. All teams play a seven-month schedule, averaging 50–75 games a season, with tournament play throughout the United States and Canada. Since the late 1990s, the program has had a considerable amount of domestic and international success, including a total of 24 USA Hockey National Championships. The school has also gained a reputation as the "Hogwarts of Hockey," and being "to hockey what Harvard is to law." Players go on to compete at the highest levels of collegiate and Junior League Hockey, and in numerous cases, the NHL and the Winter Olympics.

Started in 2005, the Soccer Center of Excellence is one of three more recognized soccer residential programs in the country, and the only one to fully combine school and sport. The program has five teams: two girls' and four boys'. More SSM soccer players sign to play for NCAA Division I colleges than any other high school in the country, and the school has produced professional players, such as Teal Bunbury The program is now a competitive member of the U.S. Soccer Federation Development Academy.

Founded in 2006, the Figure Skating Center of Excellence offers the first elite figure skating program integrated with academics in a boarding school environment, and provides a balance between training, competing, and schooling. Skaters compete domestically and internationally, often in national championships in their home countries.

Founded in 2012, the Golf Center of Excellence allows athletes to compete in American Junior Golf Association and Future Collegians World Tour (FCWT) events, and combines an academic setting with an intensive 10 month golf program. During the spring and fall, practice sessions take place at The Legacy Golf Course, and during the winter an indoor facility is used, including a turf room with a putting and chipping green, a video and putting analysis room with JC Video software and TOMI putting system, and locker rooms. Training through the winter combined with travel to tournaments and events in warmer climates provides experience and exposure to young golfers from the Midwest, where such opportunities are limited. 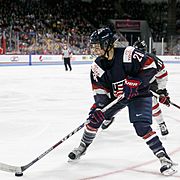 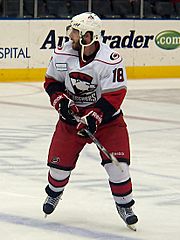 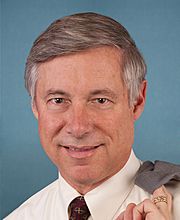 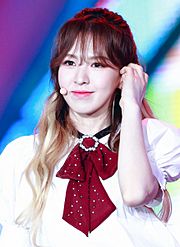 All content from Kiddle encyclopedia articles (including the article images and facts) can be freely used under Attribution-ShareAlike license, unless stated otherwise. Cite this article:
Shattuck-Saint Mary's Facts for Kids. Kiddle Encyclopedia.