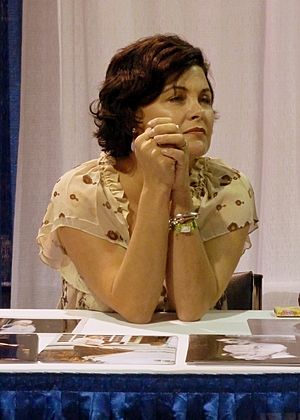 Sheryl Ann "Sherilyn" Fenn (born February 1, 1965, Detroit) is an American actress. She has acted in many television programs and movies throughout her acting career. She was married to actor Johnny Depp for a brief time period.

All content from Kiddle encyclopedia articles (including the article images and facts) can be freely used under Attribution-ShareAlike license, unless stated otherwise. Cite this article:
Sherilyn Fenn Facts for Kids. Kiddle Encyclopedia.