Sherwood is a large district and ward of the city of Nottingham, in the English ceremonial county of Nottinghamshire. It is situated approximately 1.5 miles (2.4 km) north of Nottingham city centre. The population of the ward taken at the 2011 census was 15,414. It is bordered by Woodthorpe to the northeast, Mapperley to the east, Carrington to the south, New Basford and Basford to the west, and Daybrook and Bestwood to the north.

Several carved, dated stones in buildings indicate development in the area between 1870 and 1910, during the growth of the lace industry. There are also several listed buildings.

Sherwood Bus Depot was built in 1900 by Nottingham Corporation Tramways, as part of an initiative to extend the Carrington line to Winchester Street. Trams ran on the route until 6 September 1936 when they were replaced by buses. Part of the premises is now occupied by a public house, part of the J D Wetherspoon chain, and another part as community meeting rooms known as The Place, run by the Sherwood Depot Action Group. 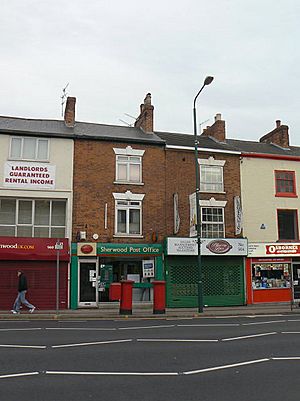 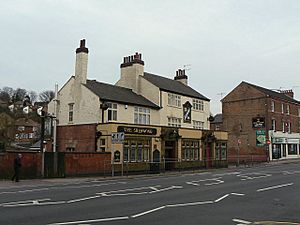 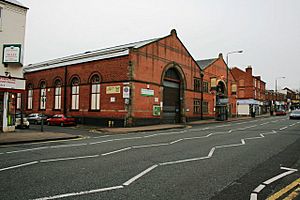 Within the area of Sherwood, there are two primary schools: Seely Primary and Nursery School on Perry Road, and Haydn Primary School on Haydn Road. The area along Perry Road is also the location of Nottingham Prison.

In October 2007, Sherwood Police Station opened at 621 Mansfield Road, allowing for a more visible local police presence. As a result, crime fell by 13% from 2008 to 2009. The Station was one of twelve sites closed three years later as part of a cost-saving drive.

The main shopping precinct lies along the busy A60 Mansfield Road. High street shops such as Boots the Chemist, Lloyds Pharmacy, Wilkinson, SPAR and The Co-operative are interspersed with charity shops, including Oxfam and Cancer Research UK and restaurants, including those serving Chinese, Japanese, Indian and Italian cuisine. Other amenities include a post office, newsagents, butchers, stationers, dentists, garages, greengrocers, hairdressers, cafes, the Nottingham Building Society and several pubs.

Jason Spencer Sports Ground was built in 2011 on Valley Road after the murder of local teenager, Jason Spencer. It has a basketball court, an outdoor gym and a skate park.

Sherwood Community Centre lies at the northern end of Mansfield Road, opposite the Woodthorpe Grange Park. It is the meeting place of many well established local groups such as the Bobbin Lace Society, the Sherwood Playgroup and the Prince's Trust. It also hosts a wide variety of activities, including adult ballet and tap classes, yoga, creative embroidery and Zumba.

Sherwood has a number of churches, including St. Martin's Church on Trevose Gardens, Sherwood Methodist Church on Devon Drive, and United Reformed Church on Edwards Lane.

Sherwood has a thriving arts scene and each year hosts Sherwood Art Week. Sherwood Art Week 2015 will begin with The Secret Garden Craft Fair on Saturday 20 June 2015 and Art in Shops. Each year a series of exhibitions craft fairs and workshops takes place, bringing the artistic community together. The Remarkable Recycling Gala is also part of Sherwood Art Week, it takes place on Sunday 28 June 2015 at the Sherwood Community Centre and aims to highlight the issues of waste & recycling through the medium of art.

All content from Kiddle encyclopedia articles (including the article images and facts) can be freely used under Attribution-ShareAlike license, unless stated otherwise. Cite this article:
Sherwood, Nottingham Facts for Kids. Kiddle Encyclopedia.