South Coffeyville is a town in Nowata County, Oklahoma, United States. As of the 2010 census, the town population was 785. The city of Coffeyville, Kansas is located approximately one mile north of the city, existing as a separate political entity. 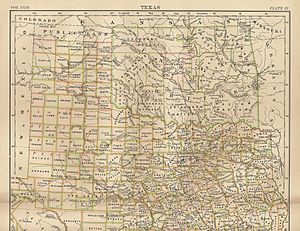 For millennia, the land now known as Oklahoma was inhabited by Native Americans. In the 17th century, white trappers first visiting the area found it occupied mostly by the Osage and Quawpaw tribes. In 1803, modern Oklahoma was secured by the United States as part of the Louisiana Purchase. In 1819, the Arkansas Territory was organized, then was split in 1824 and 1828. An 1828 treaty with the Cherokee Nation assigned the area of Nowata County to the Cherokees, who included it in 1856 in their newly created Cooweescoowee District. The Cherokees and the Delaware signed a treaty in 1867. In 1890, the area became part of the Oklahoma Territory. In 1907, Oklahoma became the 46th U.S. state and Nowata County was founded.

In 1888, the first settlement in the area was established as Stevens, a railhead tent and shack village, built just southwest of present South Coffeyville. It was named after a Missouri, Kansas and Texas Railway builder, Stevens could be found on railroad maps until about 1902 but was eventually abandoned.

In 1906, a settlement called Polson was built approximately one mile northeast near the Missouri, Kansas and Texas Railway and Missouri Pacific Railways. Now part of the Union Pacific railway, the Missouri Pacific Railway had reached the present South Coffeyville townsite in 1889. The settlement was named after Martin and Earl Polson, early settlers, that designation was also short lived.

On March 18, 1909, a post office was established and the settlement was renamed to Etchen, in honor of a local citizen named John P. Etchen.

There were 329 households, out of which 33.4% had children under the age of 18 living with them, 54.7% were married couples living together, 10.9% had a female householder with no husband present, and 30.4% were non-families. 28.6% of all households were made up of individuals, and 15.5% had someone living alone who was 65 years of age or older. The average household size was 2.40 and the average family size was 2.90.

In the town, there are two convenience stores, three hair salons, one thrift store, one bar, one barber shop. There are two transmission shops, a bank, a chiropractor, a rural medical clinic, City Library, a Salvage yard, a Lumber Yard, a Furniture restoration and Cabinet Maker. The South Coffeyville Stockyards are an important business in the community. There are four churches in the community. The town also has its own Police Department and Volunteer Fire Department.

South Coffeyville is served by US Route 169.

Commercial air transportation is available out of Tulsa International Airport, about 63 miles south.

All content from Kiddle encyclopedia articles (including the article images and facts) can be freely used under Attribution-ShareAlike license, unless stated otherwise. Cite this article:
South Coffeyville, Oklahoma Facts for Kids. Kiddle Encyclopedia.