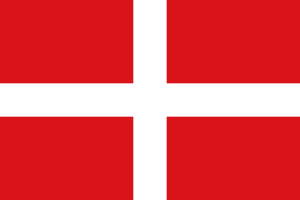 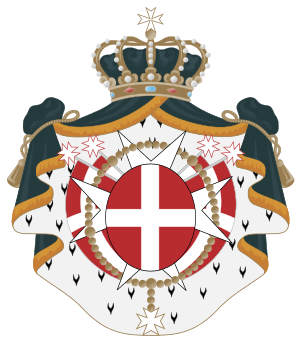 The Sovereign Military Hospitaller Order of Saint John of Jerusalem, of Rhodes and of Malta (Latin: Supremus Militaris Ordo Hospitalarius Sancti Ioannis Hierosolymitani Rhodiensis et Melitensis), also known as Order of Malta is a sovereign country in Rome, that has no territory. It was founded around 1048 in Jerusalem with the goal of giving medical care to anyone in need, regardless of religion or race.

The founder and leader at the time was Gerard. He was an Italian Roman Catholic.

They originated in Jerusalem, and after being exiled from the city they moved to the Rhodes. After that to Malta, and then lastly the went to Rome and the Pope Paschal II declared them as an independent nation though they had no territory.

All content from Kiddle encyclopedia articles (including the article images and facts) can be freely used under Attribution-ShareAlike license, unless stated otherwise. Cite this article:
Sovereign Military Order of Malta Facts for Kids. Kiddle Encyclopedia.