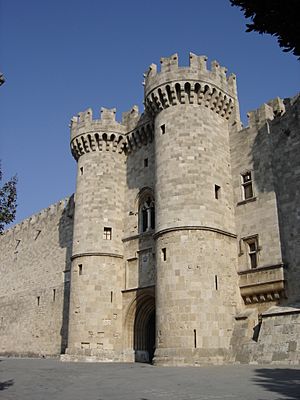 Palace of the Grand Master of the Kinghts of Rhodes

Rhodes is a Greek island, belonging to the Dodecanese island group.

Greatest cities are Rhodes-City in the north and Lindos in the south-east. About 120,000 people live on Rhodos. Rhodos has an international airport in Paradisi in the north, near to Rhodes-City.

First settlement were on Rhodes at the 16th century before Christ. Rhodes was an important Fort for the Johannit Knights in their war against the Turkish invasion. In 1644 the Turkish took over Rhodes. 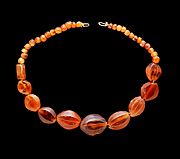 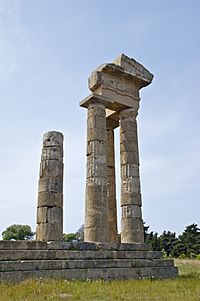 Temple of Apollo at the Acropolis of Rhodes

During antiquity, Rhodes was an ancient Greek state. Rhodes' people belonged to the Greek race of Dorians. In those days there were three important towns in the island - Lindos, Kameiros and Ialysos. Later, during the fourth century B.C., Rhodes city was founded. Between the third and first century B.C. Rhodes was a powerful state. In the first century, Rhodes was conquered by the Romans. Later it came under Byzantine rule. In the Middle Ages, it was conquered by the Ioannites knights, who were crusaders. They built the big castles in the city of Rhodes. Later, it came under Turkish rule, Italian rule and in the year 1946 was united with Greece. 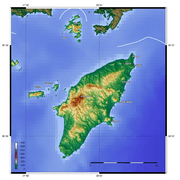 The island of Rhodes is shaped like a spearhead, 79.7 km (49.5 mi) long and 38 km (24 mi) wide, with a total area of approximately 1,400 square kilometres (541 sq mi) and a coastline of approximately 220 km (137 mi). Limestone is the main bedrock. The city of Rhodes is located at the northern tip of the island, as well as the site of the ancient and modern commercial harbours. The main air gateway (Diagoras International Airport, IATA code: RHO) is located 14 km (9 mi) to the southwest of the city in Paradisi. The road network radiates from the city along the east and west coasts.

Outside the city of Rhodes, the island is dotted with small villages and spa resorts, among them Faliraki, Lindos, Kremasti, Haraki, Pefkos, Archangelos, Afantou, Ixia, Koskinou, Embona (Attavyros), Paradisi, and Trianta (Ialysos). There are mineral-rich spring water (and sometimes sea water) used to give medicinal baths and the spa resorts offer various health treatments.

The interior of the island is mountainous, sparsely inhabited and covered with forests of pine (Pinus brutia) and cypress (Cupressus sempervirens). While the shores are rocky, the island has arable strips of land where citrus fruit, wine grapes, vegetables, olives and other crops are grown.

The Rhodian population of fallow deer was found to be genetically distinct in 2005, and to be of urgent conservation concern. In Petaloudes Valley (Greek for "Valley of the Butterflies"), large numbers of tiger moths gather during the summer months. Mount Attavyros, at 1,216 metres (3,990 ft), is the island's highest point of elevation.

Earthquakes include the 226 BC earthquake that destroyed the Colossus of Rhodes; one on 3 May 1481 which destroyed much of the city of Rhodes; and one on 26 June 1926.

On 15 July 2008, Rhodes was struck by a 6.3 magnitude earthquake causing minor damage to a few old buildings and one death.

Rhodes has a hot-summer Mediterranean climate (Csa in the Köppen climate classification).

All content from Kiddle encyclopedia articles (including the article images and facts) can be freely used under Attribution-ShareAlike license, unless stated otherwise. Cite this article:
Rhodes Facts for Kids. Kiddle Encyclopedia.