Alexios I Komnenos facts for kids 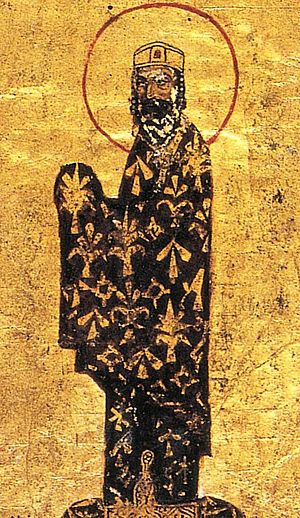 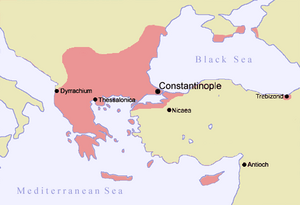 Alexios I Komnenos or Alexius I Comnenus (Αλέξιος Α' Κομνηνός, Alexios I Komnēnos; ALEXIVS I COMNENVS; 1048 – August 15, 1118), Byzantine emperor (1081–1118), was the son of John Komnenos and Anna Dalassena. He was the nephew of Isaac I Komnenos (emperor 1057–1059). The military, financial and territorial recovery of the Byzantine Empire known as Komnenian restoration began in his time.

All content from Kiddle encyclopedia articles (including the article images and facts) can be freely used under Attribution-ShareAlike license, unless stated otherwise. Cite this article:
Alexios I Komnenos Facts for Kids. Kiddle Encyclopedia.