Sumner is a coastal seaside suburb of Christchurch, New Zealand and was surveyed and named in 1849 in honour of John Bird Sumner, the then newly appointed Archbishop of Canterbury and president of the Canterbury Association. Originally a separate borough, it was amalgamated with the city of Christchurch as communications improved and the economies of scale made small town boroughs uneconomic to operate. 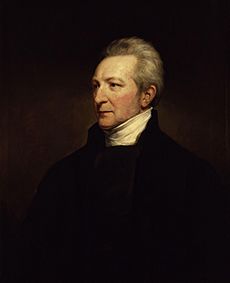 John Bird Sumner, Archbishop of Canterbury, after whom the suburb is named

Sumner was surveyed in 1849 by Edward Jollie for Captain Joseph Thomas, the advanced agent of the Canterbury Association. His map showed 527 sections and numerous reserved and provisions for churches, schools, cemeteries, town hall, emigration barracks and other town amenities. However, his plans were abandoned through lack of funds and a new survey on which Sumner is based was carried out in 1860.

Captain Thomas named the settlement for Bishop John Bird Sumner, one of the leading members of the Canterbury Association. The Māori name for the area is Ohikaparuparu ("o" means place of; "hika" means rubbing, kindling, or planting; "paruparu" means dirt, deeply laden, or a preparation of fermented cockles).

Sumner was at first under the control of the Canterbury Provincial Council. In 1872, it came under the control of the Heathcote Road District. When provincial councils were disestablished in 1876 and replaced with counties, Sumner had a second parent body, the Selwyn County added to the continuing road board. In 1883, Sumner was constituted as a town district and was run by a board of five elected commissioners. The board elected its own chairmen, and the two people who filled that role were C. L. Wiggins (March 1883 – September 1884) and J. M. Wheeler (September 1884 – June 1891). On 1 June 1891, Sumner was proclaimed a borough. Mayoral elections were held on 27 June, and the last chairman was elected the first Mayor of Sumner.

The first European to carry out work in Sumner is believed to be Charles Crawford, a whaleboat owner, who transported materials from Port Cooper, now Lyttelton, under contract to build the headquarters and storeroom for Captain Thomas. Sumner was settled in late 1849 or early 1850 by work crews building the road to Lyttelton, Sumner is thus one of the oldest European settlements in the Christchurch area. The Day family was the first to settle permanently in Sumner followed by Edward Dobson and his family. Sumner had its first shop early in 1870, and its proprietor, S.E. Horneman, was postmaster from 1873 until 1876.

In 1885 the Harbour Board granted the concession to build a bath at the East end of Sumner beach. S.L. Bell enclosed some of the sea, built dressing sheds and a tea shop. The bathing pool was a great attraction but every year terrific storms would batter the bath and gradually dump fine sand. Eventually a flood filled the bath with clay and silt from the hills causing its closure.

In 1912 Sumner established its own gasworks and electricity was connected in 1918. The Anglican evangelical leader William Orange was vicar of Sumner from 1930–1945.

On 22 February 2011, Sumner was hit by the Christchurch earthquake, which destroyed or made uninhabitable a large number of the local houses and commercial buildings. On 13 June the same year, Sumner was hit by another earthquake of almost the same magnitude as the February event. These two earthquakes caused many of Sumner's iconic cliffs to collapse, and many areas to be cordoned off with both traditional fences and shipping containers. 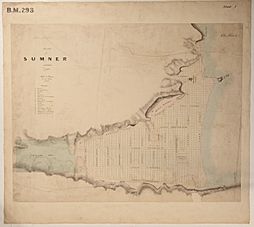 Sumner is nestled in a coastal valley separated from the adjacent city suburbs by rugged volcanic hill ridges that end in cliffs that descend to the sea shore in places. Sumner Bay is the first bay on the northern side of Banks Peninsula and faces Pegasus Bay and the Pacific Ocean.

Because of its ocean exposure, a high surf can form in some swell conditions. The beach is gently sloping, with fine grey sand. It is a popular surf beach for these reasons.

Sand dunes have filled the river valley behind the beach. This has made housing construction relatively easy, although flooding at the head of the valley has been a problem in the past due to the reverse slope caused by the sand dunes filling the front of the valley. This has been addressed by a flood drain.

The rocky volcanic outcrop of Cave Rock dominates the beach. Until the mid-1860s, the feature was known as Cass Rock, after the surveyor Thomas Cass. There are other rocky outcrops in the area and the volcanic nature of the geology is readily apparent from several of the exposed cliffs around the valley.

A sea wall and wide esplanade have been built along the length of the beach to prevent coastal erosion.

The outlet of the Avon Heathcote Estuary at the western end of the beach, near another large volcanic outcrop known as Shag Rock, or Rapanui, forms the Sumner bar off shore of Cave Rock. The Sumner bar presents a major hazard to shipping, while the fast currents, strong rips and undertows in the area can be a danger to swimmers.

The Sumner Bar is a sand bar where the estuary meets the sea and is notoriously dangerous to cross. One regular vessel crossing the bar in the early days was the Mullogh, New Zealand’s first iron hulled steamer. On 25 August 1865 the Mullogh ran onto Cave Rock, Sumner, in violent surf. Her cargo of liquor created keen interest on the beach. George Holmes of Pigeon Bay, the contractor for the Lyttelton Rail Tunnel, then bought the ship, refitted and used her until 1869.

The NZ Trawler Muriel was stranded on Sumner Beach in 1937 and was a total loss and had to be dismantled where she lay.

Because of the hazard posed by the Sumner Bar, Sumner has had a lifeboat of some kind almost since its settlement. There is no record of a formal or even informal lifeboat being available prior to the appointment of a pilot in September 1864. However, it is likely that small open rowing boats were available in the bay from the early 1850s.

The Sumner Life Boat Institution has operated a formal life boat or similar rescue craft in the bay since 1898. The traditional name of Rescue has been applied to many of the life boats.

All content from Kiddle encyclopedia articles (including the article images and facts) can be freely used under Attribution-ShareAlike license, unless stated otherwise. Cite this article:
Sumner, New Zealand Facts for Kids. Kiddle Encyclopedia.