The Accomplisht Cook facts for kids

The Accomplisht Cook is an English cookery book published by the Restoration era professional cook Robert May in 1660, and the first to group recipes logically into sections.

The book made early use of two ingredients brought to Europe from the Americas, the potato and the turkey.

Following the English Civil War, Robert May, the celebrity chef of his time, wrote and published The Accomplisht Cook.

When a 1678 edition of the book was discovered and put up for sale in 2007, the auctioneer Charles Hanson was reported as saying that no more than 200 copies were printed in the 17th century. He added that "May would have been very much the Gordon Ramsay of his day, something of a celebrity chef", asserted that "only 400" copies were printed.

May's recipes included customs from the Middle Ages, alongside European dishes such as French bisque and Italian brodo (broth), with about 20 percent of the book devoted to soups. May provides a large number of recipes for venison, as for sturgeon, but balances his more elaborate and costly recipes with some for simple dishes. The book contains no fewer than sixteen recipes for eel.

The recipes are presented entirely as instructions, without lists of ingredients. The instructions are not necessarily in order; he can write "Then have a rost Capon minced", requiring the cook to have already taken, prepared and roasted the capon, a process that takes some hours, in the middle of a recipe (for Olio Podrida). Quantities, if given, are mentioned in passing. Thus he may mention "put them a boiling in a Pipkin of a Gallon", or "the juyce of two or three Oranges", or he may simply say "and put into beaten Butter", leaving the cook to judge the quantity required.

The book is organised into 24 broad sections, but within these there is sometimes little sign of structure. Thus in Section I, after the elaborate Spanish Olio Podrida there follow four recipes for (bone-)marrow pies to accompany the Olio; then three ways to make a "bisk"; seven ways to boil a chine of veal or mutton; three ways to make barley broth, again involving meat for its "gravy", and so on. If this seems at least to be all about boiling meat, the same section contains "To make several sorts of Puddings", ranging from blood pudding and haggis to sweet rice pudding flavoured with nutmeg, cloves, mace, currants, and dates.

The book also contains a memoir of the author. 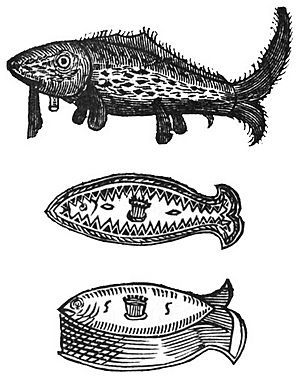 The first edition contained a Frontispiece of the author. The fifth edition of 1685 contained in addition "two hundred Figures of several Forms for all manner of bak’d Meats, (either Flesh, or Fish) as, Pyes Tarts, Custards; Cheesecakes, and Florentines, placed in Tables, and directed to the Pages they appertain to."

The following is a recipe in which May used salt cod in a pie:

Being boiled, take it [the salt cod] from its skin and bones, and mince it with some pippins [apples], season it with nutmeg, cinnamon, ginger, pepper, caraway-seed, currans, minced raisons, rose-water, minced lemon peel, sugar, slic't [sliced] dates, white wine, verjuice [sour fruit juice, in this case probably from apples], and butter, fill your pyes, bake them, and ice them.

The following is May's recipe for Lumber Pie:

Take some grated bread, and beef-suet cut into bits like great dice, and some cloves and mace, then some veal or capon minced small with beef suet, sweet herbs, fair sugar, the yolks of six eggs boil'd hard and cut in quarters, put them to the other ingredients, with some barberries, some yolks of raw eggs, and a little cream, work up all together and put it in the caul of veal like little sausages; then bake them in a dish, and being half baked have a pie made and dried in the oven ; put these puddings into it with some butter, verjuyce sugar, some dates on them, large mace, grapes, or barberries, and marrow – being baked, serve it with a cut cover on it, and scrape sugar on it.

All content from Kiddle encyclopedia articles (including the article images and facts) can be freely used under Attribution-ShareAlike license, unless stated otherwise. Cite this article:
The Accomplisht Cook Facts for Kids. Kiddle Encyclopedia.