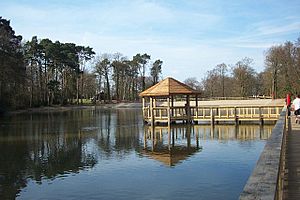 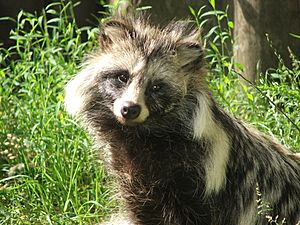 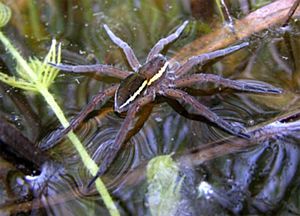 Tilgate Nature Centre was formed in 1966 by Crawley Borough Council to breed ducklings for introduction into the three lakes at Tilgate, namely Campbells, Silt and Titmus. Its focus changed over the years and it now houses an impressive animal collection including reindeer, owls, raccoon dogs, coati, parrots, mongooses, otters, snakes, tarantulas, lizards and various invertebrates. Tilgate Nature Centre is actively involved in breeding programmes for threatened species such as the Northern bald ibis, and has also been involved in re-introduction programmes; most notably the fen raft spider (Dolomedes plantarius) from the UK. 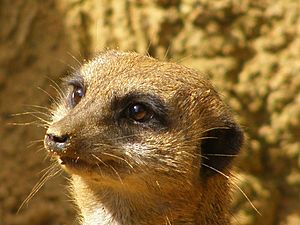 The centre is open to the paying public with attractions such as public talks, feeds and presentations, "Animal Adoptions", "Meet the Meerkats", "Junior Keeper for a Day" and "Tapir Time" experiences. They also offer educational visits for schools and animal-themed birthday parties for wildlife-loving youngsters. On 2 April 2016 visitors witnessed the opening of the new Australasian Zone which includes a kangaroo and wallabies, emus, galah cockatoos and kookaburras. The Madagascan Zone which includes a serval, ring-tailed lemurs and a variety of reptiles, opened in Easter 2017. The Americas Zone, featuring a Brazilian tapir, capybaras, macaws and more,opened in April 2018. 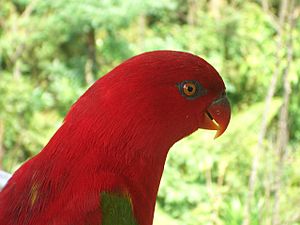 In 2020, Tilgate Nature Centre received a Gold STAR Award (Switch To A Reusable) for Sustainability and Zoostainability, from the British and Irish Association of Zoos and Aquariums (BIAZA)

All content from Kiddle encyclopedia articles (including the article images and facts) can be freely used under Attribution-ShareAlike license, unless stated otherwise. Cite this article:
Tilgate Nature Centre Facts for Kids. Kiddle Encyclopedia.