The Ulster Folk Museum and the Ulster Transport Museum are situated in Cultra, Northern Ireland, about 11 kilometres (6.8 mi) east of the city of Belfast. The Folk Museum endeavours to illustrate the way of life and traditions of the people in Northern Ireland, past and present, while the Transport Museum explores and exhibits methods of transport by land, sea and air, past and present. The museum ranks among Ireland's foremost visitor attractions and is a former Irish Museum of the Year. It is one of four museums included in National Museums Northern Ireland. 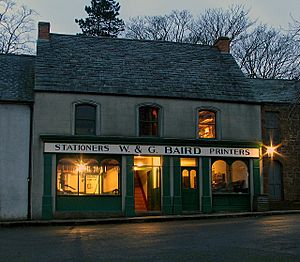 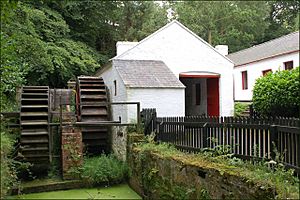 The waterwheel which powered the Coalisland spade mill

The Folk Museum houses a variety of old buildings and dwellings which have been collected from various parts of Ireland and rebuilt in the grounds of the museum, brick by brick. 170 acres (0.69 km2) are devoted to illustrating the rural way of life in the early 20th century, and visitors can stroll through a recreation of the period's countryside complete with farms, cottages, crops, livestock, and visit a typical Ulster town of the time called "Ballycultra", featuring shops, churches, and both terraced and larger housing and a Tea room. Regular activities include open hearth cooking, printing, needlework, and traditional Irish crafts demonstrations. All these new developments have aided UFTM in developing a new visitor base and have gained the site international recognition.

The museum is the holder of Northern Ireland's main film, photographic, television and sound archives. The museum holds the BBC Northern Ireland archive of radio and television programmes, and also possesses over 2,000 hours of sound material broadcast between 1972 and 2002 by the Irish language radio station RTÉ Raidió na Gaeltachta, from its studios in Derrybeg, County Donegal. The museum also maintains an archive of Ulster dialects, and a large library containing over 15,000 books and periodicals. The archives and library are open to the public during office hours. 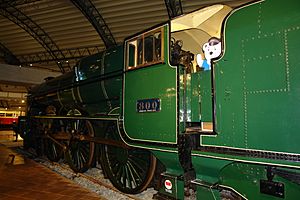 The Transport Museum houses an extensive transport collection, and endeavours to tell the story of transport in Ireland, from its early history to the modern era. It is the largest railway collection in Ireland.

The Irish Railway Collection tells the story of over 150 years of railway history. Steam locomotives, passenger carriages and goods wagons are combined with extensive railway memorabilia, interactive displays and visitor facilities. One of the collection's main attractions is Great Southern Railways Class 800 locomotive No. 800 Maeḋḃ, one of the three largest and most powerful steam locomotives ever to be built and run in Ireland. 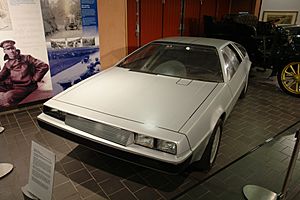 Clay model of the DMC-12 Coupe by Italdesign, Moncalieri, Turin for the DeLorean Motor Company from 1975

The new Road Transport Galleries boast a large collection of vehicles ranging from cycles and motorcycles to trams, buses, and cars. One of its most famous attractions is a DMC DeLorean car, the model made famous by Back to the Future, and manufactured by the DeLorean Motor Company in Belfast.

The museum boasts a permanent Titanic exhibition, documenting the construction, voyage, and eventual sinking of the ill-fated vessel. The ship has long been associated with Northern Ireland, as it was constructed in the Harland and Wolff shipyards, just a few miles from the museum. The newly refurbished Titanic exhibition, tying in with the Folk museum's 'Titanic Trail' is titled TITANICa. 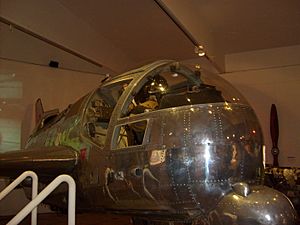 Another exhibition at the Transport Museum is X2: Flight Experience, developed in partnership with Bombardier Aerospace, owners of the Belfast-based aerospace company Short Brothers. Also on display at the museum is the Shorts manufactured Short SC.1, an experimental vertical take-off aeroplane, only two of which were ever produced. The example in the museum, XG905, crashed in 1963, ending up upside down and killing its pilot. It was, however, repaired and flown again before eventually being preserved by the museum.

Attractions in the grounds themselves include a model railway operated by the Model Engineers Society of Northern Ireland. The model engineers give train rides to thousands of children and adults every year free of charge. A small donation helps the Society to pay for fuel for the trains. This facility is a great asset to the transport museum and enjoyed by many thousands of visitors every year who keep returning to the museum and avail of this model railway experience. There is the 120 ton steel schooner Result. Recent additions to the collection include a full set of Stanley Woods racing memorabilia, and two of his bikes. Also on display is a Rex McCandless vehicle and an early Formula 1 racing car. A little known fact of which there are examples in the museum is that the pogo stick was invented in Comber, County Down. Previously used by local potato farmers to make holes for planting their seed it was later developed by local inventor Archibald Springer who saw potential for its use as a mode of transport and sporting novelty.

Cultra railway station on the Belfast-Bangor railway line provides connections to Sydenham, Belfast Central and Great Victoria Street, Portadown and Newry in one direction and to Bangor in the other direction.

All content from Kiddle encyclopedia articles (including the article images and facts) can be freely used under Attribution-ShareAlike license, unless stated otherwise. Cite this article:
Ulster Folk and Transport Museum Facts for Kids. Kiddle Encyclopedia.