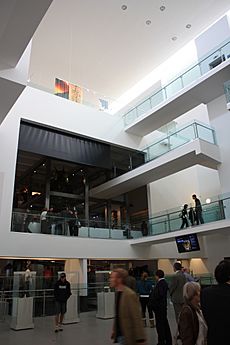 The Ulster Museum's main hall, on reopening after its refurbishment in October 2009

The Ulster Museum, located in the Botanic Gardens in Belfast, has around 8,000 square metres (90,000 sq. ft.) of public display space, featuring material from the collections of fine art and applied art, archaeology, ethnography, treasures from the Spanish Armada, local history, numismatics, industrial archaeology, botany, zoology and geology. It is the largest museum in Northern Ireland, and one of the components of National Museums Northern Ireland.

In 1962, courtesy of the Museum Act (Northern Ireland) 1961, it was renamed as the Ulster Museum and was formally recognised as a national museum. A major extension constructed by McLaughlin & Harvey Ltd to designs by Francis Pym who won the 1964 competition was opened in 1972 and Pym's only completed work. It was published in several magazines and was until alteration the most important example of Brutalism in Northern Ireland. It was praised by David Evans for the "almost barbaric power of its great cubic projections and cantilevers brooding over the conifers of the botanic gardens like a mastodon".

Since the 1940s the Ulster Museum has built up a good collection of art by modern Irish, and particularly Ulster-based artists.

In 1998, the Ulster Museum merged with the Ulster Folk and Transport Museum and the Ulster-American Folk Park to form the National Museums and Galleries of Northern Ireland.

In July 2005, a £17m refurbishment of the museum was announced, with grants from the Heritage Lottery Fund and the Department of Culture, Arts and Leisure (DCAL, usually pronounced as 'Dee-Kal'). In October 2006 the museum closed its doors until 2009, to allow for the work. Illustrations of historic interest of interiors before alterations will be found as nos 183 and 237 in Larmour, P. 1987. The redevelopment drew criticism from many significant figures in the architectural community and the Twentieth Century Society, especially for changes to the Brutalist character and dismantling of the spiral sequence of rooms in the Pym extension.

The museum reopened in October 2009, eighty years to the day since its original opening. Within a month over 100,000 people had visited the museum. The reopening saw the introduction of Monday closure, which has received criticism from the public and in the press. All NMNI sites are to close on Mondays. This decision is being reviewed by DCAL. 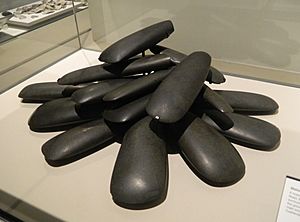 The museum has galleries covering the history of Northern Ireland from the earliest times to the very recent past, collections of art, mostly modern or ethnographic, historic and contemporary fashion and textiles, and also holds exhibitions.

The scientific collections of the Ulster Museum contain important collections of Irish birds, mammals, insects, molluscs, marine invertebrates, flowering plants, algae and lichens, as well as an archive of books and manuscripts relating to Irish natural history. The museum also maintains a natural history website named Habitas. In the late 1980s and the early 1990s it had a permanent exhibition on dinosaurs which has since been scaled back considerably. There is also a collection of rocks, minerals and fossils.

The museum contains significant finds from Northern Ireland, although in earlier periods these were often sent to the British Museum or later Dublin, as with the Broighter Hoard, now in the National Museum of Ireland. Objects in the museum include the Malone Hoard of 19 polished Neolithic axe heads, the Moss-side Hoard of Mesolithic stone tools, the important Downpatrick Hoard of Bronze Age gold jewellery, part of the Late Roman Coleraine Hoard, the Viking Shanmullagh Hoard, and the medieval coins in the Armagh City Hoard and Armagh Castle Street Hoard.

There are other significant objects of the Bronze Age gold jewellery for which Ireland is notable, including four of the 100-odd surviving gold lunulae, and some important early Celtic art, including a decorated bronze shield found in the River Shannon, and the Bann Disk, bronze with triskele decoration. 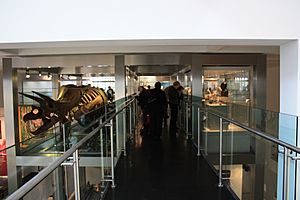 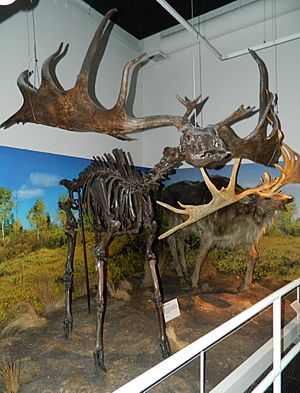 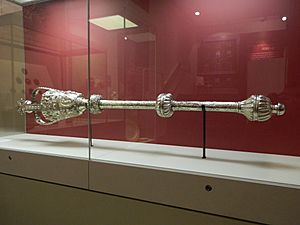 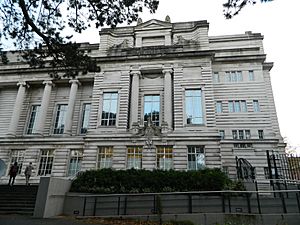 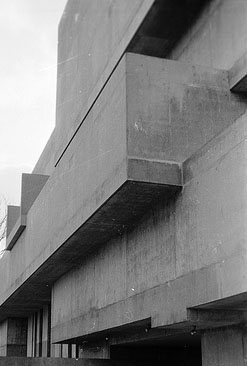 The herbarium in the Ulster Museum (BEL), is based on specimens from Belfast Natural History and Philosophical Society (founded in 1821); the Belfast Naturalists' Field Club (founded in 1863); the Belfast Museum and Art Gallery (formed 1905) and the herbarium (BFT) of the Botany Department of The Queen's University, Belfast acquired in 1968. In total the number of specimens is more than 100,000. Although specimens from Northern Ireland are well represented, specimens from elsewhere in the world have been acquired by donation, exchange and purchase. All branches of the world's flora are represented: algae, lichens, fungi, mosses and pteridophytes (ferns), conifers and angiosperms. Little information about the Irish flora before 1830 is available, the oldest specimen in the Ulster Museum is an alga: Batrachospermum moniliforme (BEL: F41) collected in 1798 by John Templeton, other specimens of Batrachospermum, originally incorrectly identified as Thorea ramoissima were collected by John Templeton in 1815 from a "boghole" in Co. Donegal (BEL:F42 – F47). It was originally published by Harvey in 1841.

The collection contains works by:

The Ulster Museum's Fashion & Textiles Collection aims to reflect the history of fashionable dress from as early as the 18th century, as well as contemporary international designer and high street fashion. It comprises approximately 5000 objects including garments, accessories, historic and contemporary jewellery, and a collection of dolls and toys including pieces by Armand Marseille.

The museum's policy is to collect clothing and accessories as an Applied Art, with an emphasis on acquiring pieces that are of high design quality and/or representative of significant changes in fashion history. The collection includes eighteenth-century Spitalfields silk gowns, early 20th century Parisian couture, and contemporary international fashion . Designers represented in the collection include Chanel, Dior, Alexander McQueen, John Galliano, Vivienne Westwood and JW Anderson.

The textiles collection includes pieces by important female Irish embroiders, such as the 'Lennox Quilt' of 1712 by Martha Lennox, and a bedcover by the renowned eighteenth-century letter-writer and artist, Mrs Mary Delany. The Antrim bed furniture, a complete set worked by or under the supervision of Lady Helena McDonnell, 1705–83, daughter of the 4th Earl of Antrim was purchased in 1982. Tapestries include 'Arabesque' by Joshua Morris and the mid-20th century Adam and Eve by Louis le Brocquy. The textiles collection also includes two large linen wall hangings, Océanie – Le Ciel and Océanie – La Mer, by the French artist Henri Matisse.

The Ulster Museum's original collection of costume and textiles was almost completely destroyed in a fire following the 1976 bombing of Malone House in Belfast in November 1976, during the Troubles conflict.

Malone House was a large house in a public country park and was the headquarters of the National Trust in Northern Ireland at the time.

On 11 November, gunmen gained entry to Malone House and planted two bombs, one on the ground floor and on the first floor. A five-minute warning was given, and everyone in the building was safely evacuated. Although some rooms on the ground floor were relatively unharmed, the costume and textile collection on the second floor collapsed on top of the fire and quickly perished.

The collection included a collection of linen damask that was reckoned to be the best in the world after that of the Victoria and Albert Museum and the Rijksmuseum. Both Irish and Continental linens were represented.

One of the earliest items of costume destroyed in the fire was a lady's jacket of around 1600 with well-preserved polychrome silk and silver thread embroidery. The original Ulster Museum costume collection had a good selection of 18th-century garments costume, most with local connections such as a Spitalfields silk robe and petticoat of c.1745 which had on the linen lining the stamp 'Sam Holmes – County Down'. Specimens of ladies' dresses existed for almost every year from the end of the eighteenth century until the 1970s. There were gaps in the range of men's costume, the eighteenth century being one of the best represented periods. The lace collection was comprehensive but with a bias towards Irish manufacturers. Lace had been collected on a proper systematic basis for longer than any other category of costume or textiles.

Among the few objects to survive were the museum's tapestries, which were still stored in the museum building at the time of the fire (the Pilgrimage to Mecca set by Paul Saunders, a Flemish 17th century verdure tapestry, an arabesque probably by Joshua Morris and a le Brocquy), the museum's large new jewellery collection, largely donated by the jewellery collector and historian, Anne Hull-Grundy, the Lennox Quilt – a highly embroidered signed and dated quilt of 1712 by Martha Lennox, and four 1950s and 1960s cocktail and evening dresses which were also on display.

The Ulster Museum's declared aim immediately after the bombing was to try to replace the lost collection as soon as possible. Due to having to restart the collection from almost nothing, the museum was forced to re-examine its collecting policy. The main criterion became to collect fashion and textiles as an Applied Art and that it "must reflect the tastes and cultural interests and aspirations of the time it was made".

Rebuilding the collection was helped by the museum's right to government compensation to indemnify its losses. This enabled the museum to purchase historic fashion and couture from auctions in Christies and Sothebys on a regular basis throughout the late 1970s, 1980s, and 1990s. This enabled the Ulster Museum, almost alone in Great Britain, to be able to compete with American and continental dealers on equal terms for items which were considered particularly appropriate to the collection. Notable pieces in the collection include a cut velvet and metal thread suit worn by the 'Black Rod' of the Irish Houses of Parliament in 1751, a number of very fine women's outfits of mid 18th century Spitalfields silk.

It is the 20th-century haute couture and contemporary fashions are the most distinctive elements of the collection. Many important designers are represented, from Paul Poiret, Coco Chanel and Christian Dior to Alexander McQueen, John Galliano and Vivienne Westwood.

Since 1984 the Ulster Museum has acquired both International Designer Outfit, High Street Outfit every year. This policy has enabled the Ulster Museum to build a comprehensive overview of late 20th and 21st-century fashion. Recent acquisitions include a 'We Should All Be Feminists' t-shirt by Maria Grazia Chiuri for Dior, pieces by JW Anderson, and pieces by Raf Simons for Calvin Klein.

The Ulster Museum holds work by most important 20th century Paris designers and very many post-war English and Irish designers. High Street labels such as Wallis and Etam are also represented. Magazines and contemporary photographs are systematically kept to complement actual specimens. 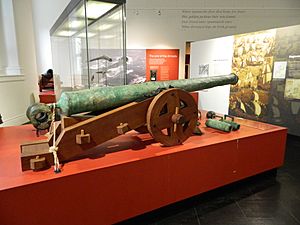 Cannon from the galleass Girona

The museum acquired in 1971 Spanish Armada artefacts from the galleass Girona, which sank off Ireland in 1588 .

All content from Kiddle encyclopedia articles (including the article images and facts) can be freely used under Attribution-ShareAlike license, unless stated otherwise. Cite this article:
Ulster Museum Facts for Kids. Kiddle Encyclopedia.