This is a list of the 60 mammal species recorded in Ireland. A new Red List of Irish terrestrial mammals was published in 2009 and all 26 terrestrial species native to Ireland, or naturalised in Ireland before 1500, were assessed. Of these, one was found to be regionally extinct (grey wolf Canis lupus), one achieved a threat status of Vulnerable (black rat Rattus rattus), three were found to be Near Threatened (Leisler's bat Nyctalus leisleri), otter (Lutra lutra) and red squirrel (Sciurus vulgaris)), one was data deficient (Brandt's bat Myotis brandtii) and the remaining 20 were of least concern.

The following tag are used to highlight each species' conservation status as assessed by the IUCN: 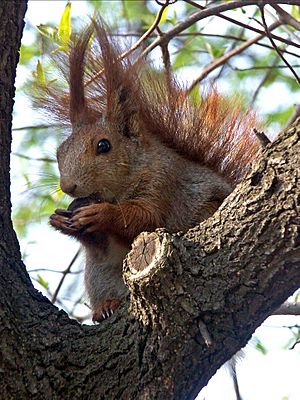 Rodents make up the largest order of mammals, with over 40 percent of mammalian species. They have two incisors in the upper and lower jaw which grow continually and must be keep short by gnawing. Most rodents are small though the capybara can weigh up to 45 kg (100 lb). 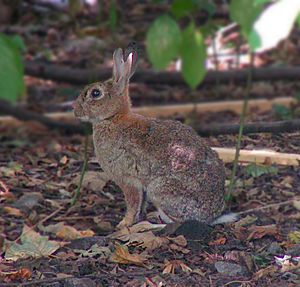 The lagomorphs comprise two families, Leporidae (hares and rabbits), and Ochotonidae (pikas). Though they can resemble rodents, and were classified as a superfamily in that order until the early 20th century, they have since been considered a separate order. They differ from rodents in a number of physical characteristics, such as having four incisors in the upper jaw rather than two. 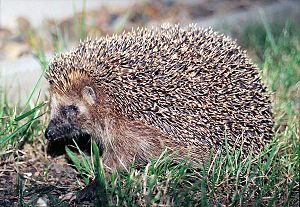 The order Erinaceomorpha contains a single family, Erinaceidae, which comprise the hedgehogs and gymnures. The hedgehogs are easily recognised by their spines while gymnures look more like large rats. 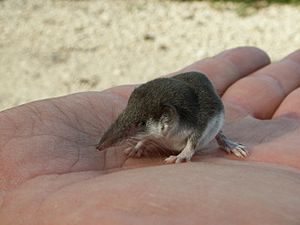 The "shrew-forms" are insectivorous mammals. The shrews and solenodons closely resemble mice while the moles are stout-bodied burrowers. 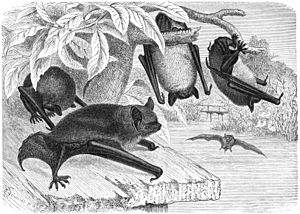 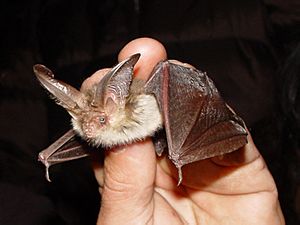 The bats' most distinguishing feature is that their forelimbs are developed as wings, making them the only mammals in the world naturally capable of flight. Bat species account for about 20% of all mammals. 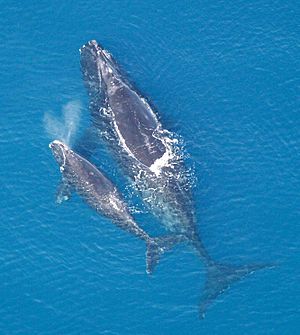 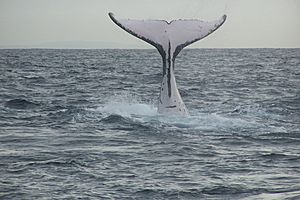 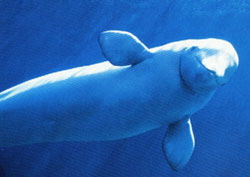 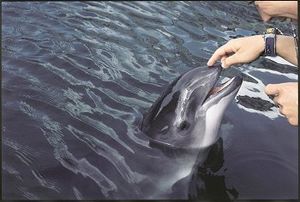 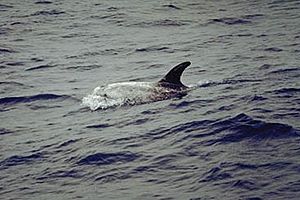 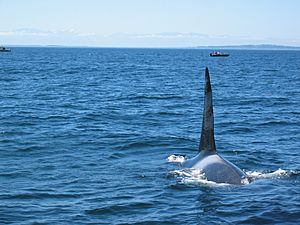 The order Cetacea includes whales, dolphins, and porpoises. They are the mammals most fully adapted to aquatic life with a spindle-shaped nearly hairless body, protected by a thick layer of blubber, and forelimbs and tail modified to provide propulsion underwater. 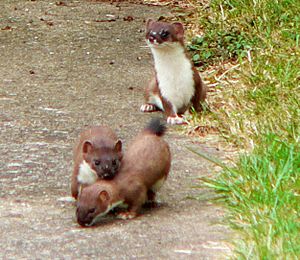 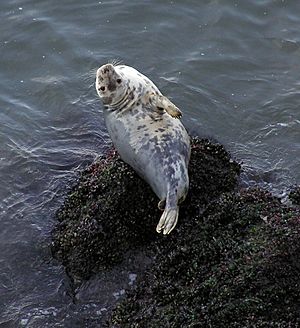 Carnivorans include over 260 species, the majority of which eat meat as their primary dietary item. They have a characteristic skull shape and dentition. 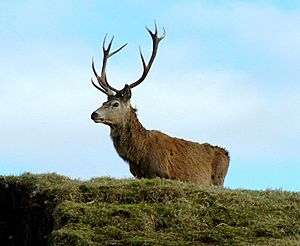 The even-toed ungulates are ungulates whose weight is borne about equally by the third and fourth toes, rather than mostly or entirely by the third as in perissodactyls. There are about 220 artiodactyl species, including many that are of great economic importance to humans. 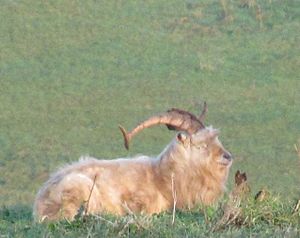 All content from Kiddle encyclopedia articles (including the article images and facts) can be freely used under Attribution-ShareAlike license, unless stated otherwise. Cite this article:
List of mammals of Ireland Facts for Kids. Kiddle Encyclopedia.