The Western Development Museum is a network of four museums in Saskatchewan, Canada preserving and recording the social and economic development of the province. The museum has branches in Moose Jaw, North Battleford, Saskatoon and Yorkton. Respectively, each branch focuses on a different theme: transportation, agriculture, economy, and people. The museum is affiliated with the Canadian Museums Association, the Canadian Heritage Information Network, and Virtual Museum of Canada.

Originally started as a grass-roots movement, the museum was founded with the passage of the Western Development Museum Act in 1949. The first home for the museum in 1949 was a refurbished hangar in North Battleford. Later the same year a similar structure in Saskatoon was converted into a second location for the museum. A third hangar was procured in Yorkton in 1951 and was likewise converted. In 1972, the first purpose-built buildings were constructed to house new locations for the museums in Yorkton and Saskatoon, followed by the addition of a new museum in Moose Jaw in 1976. 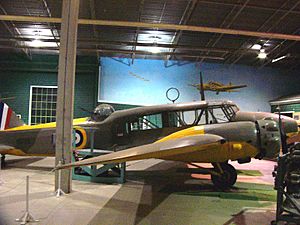 The museum also has the Western Development Museum Short Line, a 3 ft (914 mm) narrow gauge railway outdoors on the property that utilizes the only operating steam locomotive in Saskatchewan.

The former Saskatchewan Wheat Pool grain elevator No. 889 is from Keatley, Saskatchewan and was moved to the museum grounds in 1983.

The Saskatoon branch of the WDM was originally located on 11th Street on the city's west side, where it hosted an annual festival called "Pion-Era". The Saskatoon WDM relocated to its current site on the Prairieland Park grounds in the early 1970s. (coordinates:52°05′42″N 106°40′24″W﻿ / ﻿52.0950°N 106.6733°W﻿ / 52.0950; -106.6733) For many years the Saskatoon branch was associated with the Saskatoon Exhibition and was instrumental in the fair being renamed "Pioneer Days", which incorporated Pion-Era. By the 1980s, the WDM and the Exhibition began to distance themselves from each other and by the 1990s the WDM was no longer a part of the exhibition, which in turn all but eliminated any remaining Pion-Era elements; Pioneer Days became "The Ex" and, later, simply "Saskatoon Exhibition". The Saskatoon WDM is noted for its indoor recreation of a 1910-era "boomtown". Actual buildings from the era, combined with recreations, are kept in a climate-controlled environment and filled with artifacts of the time. Buildings on site include a homestead, a police station, a bank, a newspaper office (with working printing press), a saddle shop, a general store, and a dentist's office, to name a few. The museum also includes displays of vintage automobiles and farm equipment. The Saskatoon branch also has convention facilities and is home to the Saskatchewan Agricultural Hall of Fame. In 2005, the Saskatoon WDM underwent major renovations to its exhibit halls in celebration of Saskatchewan's centennial.

All content from Kiddle encyclopedia articles (including the article images and facts) can be freely used under Attribution-ShareAlike license, unless stated otherwise. Cite this article:
Western Development Museum Facts for Kids. Kiddle Encyclopedia.