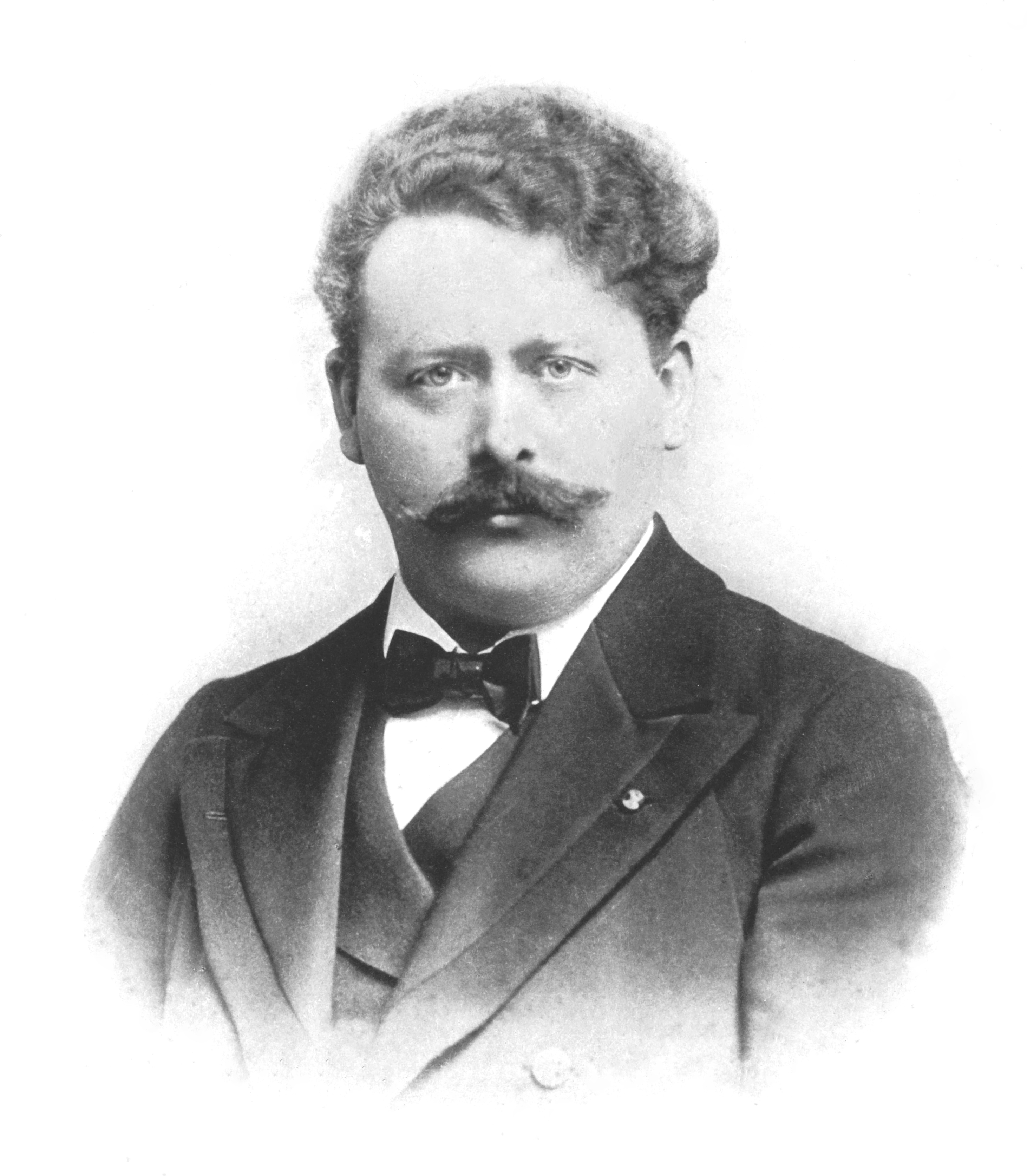 Willem Mengelberg (born Utrecht, 28 March 1871; died Zuort, Switzerland, 22 March 1951) was a Dutch conductor. He is famous for conducting the Concertgebouw Orchestra in Amsterdam for fifty years, making them one of the world’s finest orchestras.

Willem Mengelberg studied music in Utrecht, Netherlands and at Cologne Conservatory. He had four years of experience conducting an orchestra in Lucerne. Then, in 1895, he was given the job which was to last him the rest of his working life: conductor of the Concertgebouw Orchestra. He took over this job from Willem Kes who had started the orchestra five years earlier. At Kes’s farewell concert on 25 October 1895 Mengelberg performed as solo pianist.

Mengelberg soon made it into a great orchestra. He was particularly good at conducting the music of Richard Strauss and Mahler. He took the orchestra on tours to many countries, including Norway, Belgium, France, Germany, England and Switzerland. He celebrated his 25th year of conductor of the orchestra by performing all the orchestral works of Mahler.

He also conducted other orchestras abroad, including the Royal Philharmonic Society in London and, in the 1920s, the New York Philharmonic Orchestra.

Mengelberg also conducted other groups in the Netherlands, including Maatschappij Caecilia and the Amsterdam Toonkunst Choir.

Mengelberg worked hard to get good discipline in his orchestra. He worked to introduce his audiences to good music and to make them listen quietly to the music. He did a lot to help the musicians get better working conditions and he conducted a lot of music by Dutch composers, helping them to become better known.

Mengelberg was very sad and went to live in Switzerland. He died just before his six year ban would have come to an end.

All content from Kiddle encyclopedia articles (including the article images and facts) can be freely used under Attribution-ShareAlike license, unless stated otherwise. Cite this article:
Willem Mengelberg Facts for Kids. Kiddle Encyclopedia.