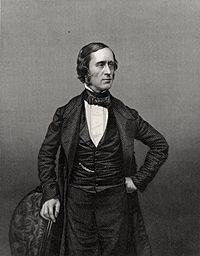 Bennett's father Robert Bennett, was organist of what is now Sheffield Cathedral. At the age of three he was an orphan, so he was brought up by his grandfather in Cambridge. At the age of seven he became a chorister at King's College Chapel Choir. In 1826 he entered the Royal Academy of Music, where he spent ten years studying. His piano teachers were W. H. Holmes, Dr William Crotch and later Cipriani Potter

In 1833 he was made organist of St Anne's Church, Wandsworth and in that same year met Felix Mendelssohn who invited him to Germany. He went there four times, making long tours. He was welcomed and admired by famous musicians including Mendelssohn and Robert Schumann. Schumann later dedicated his Symphonic Studies to Bennett. He also often performed at the Leipzig Gewandhaus.

Although he knew the works of Bach and Mozart very well, many of his compositions were clearly influenced by Mendelssohn. As well as being known as one of Europe's most brilliant pianists, his music was well known for its new ideas, excitement and poetic beauty. His compositions include four overtures, six piano concertos, four symphonies, a chamber trio, sextet, several piano works and two song cycles to be followed later in life by a cello duo, a late Symphony in G minor, a Cantata The May Queen for the opening of Leeds Town Hall in 1858, and an oratorio The Woman of Samaria for the 1867 Birmingham Triennial Music Festival. Of his 80 published compositions, nearly half are now available on CD, the most popular being the Overture The Naiades Op 15, the Chamber Trio Op 26 and the Piano concerto No 4 in F minor Op 19.

From 1844 for fifteen years he organized the popular Chamber Music Concerts in the Queen's Concert Rooms, Hanover Square in London introducing a number of famous soloists to the British public. In 1848 he became a founding Director of Queen's College London and in the following year of Bedford College, now part of London University. In this way he helped women to get equal opportunity in education.

In 1849 he formed the Bach Society (later to be reformed as the Bach Choir) in London to produce and conduct the first English performance of Bach's St Matthew Passion on 6 April 1854.

In 1856 he succeeded Wagner as conductor of the Philharmonic Society Orchestra. He was the first person to be given their Gold Medal. In 1866 he was chosen to be Professor of Music at Cambridge University having got an MA and Mus Doc. From 1866 until his death he was Principal of the Royal Academy of Music. A scholarship and Prize in his name continues to be awarded to this day. In 1870 Oxford University gave him an Hon DCL and a year later he was knighted.

He died on 1st February 1875 and is buried in Westminster Abbey.

Several of his family later became well known in music and theatre. Bennett left a large music library which is now at the Bodleian Library in collaboration with his great-great-grandson Barry Sterndale-Bennett (b 1939) which continues to be available for research purposes.

All content from Kiddle encyclopedia articles (including the article images and facts) can be freely used under Attribution-ShareAlike license, unless stated otherwise. Cite this article:
William Sterndale Bennett Facts for Kids. Kiddle Encyclopedia.