Whitecaps
Locations of the 2014 MLS teams

The champion of the overall table, which combines the eastern and western conference, is the champion of the Supporters Shield. This table also will show what team will qualify for next years CONCACAF Champions League. 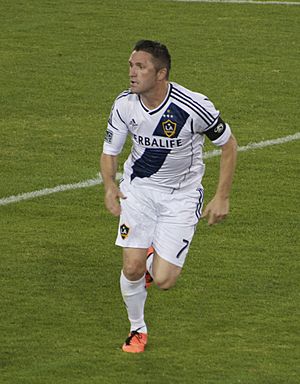 All content from Kiddle encyclopedia articles (including the article images and facts) can be freely used under Attribution-ShareAlike license, unless stated otherwise. Cite this article:
2014 Major League Soccer season Facts for Kids. Kiddle Encyclopedia.