On 28 July 2009, the International Rugby Board chose England as the host for the 205 tournament, and Japan for the 2019 competition. Italy, Japan and South Africa all wanted to host the tournament.

The final venues and schedule were all confirmed on on 2 May 2013. 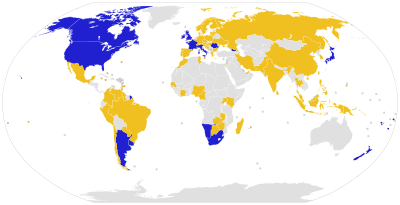 12 of these teams qualified just from playing well in the last tournament, and the other 8 played in regional tournaments to qualify. 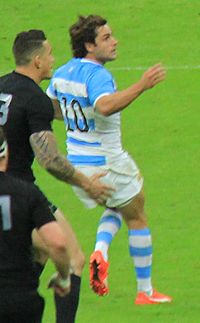 Nicolás Sánchez was the top point-scorer.

All content from Kiddle encyclopedia articles (including the article images and facts) can be freely used under Attribution-ShareAlike license, unless stated otherwise. Cite this article:
2015 Rugby World Cup Facts for Kids. Kiddle Encyclopedia.