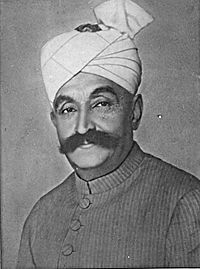 He was the son of a tribal Tarin (or Tareen) chieftain and cavalry officer, Sardar Habib Khan (1829–1888), Nawab-Bahadur, Risaldar; and was born in Talokar village, near Haripur, in what was later to be the Hazara area of the NWFP, in British India. After his father's death he was educated by English tutors and then sent to Aitchison College, Lahore for studies. Later, he was sent to England and became a Barrister.

Abdul Majid Khan Tarin was a Magistrate and Judge in the Punjab service from 1902 to 1934 and then, after his retirement, he joined the All India Muslim League. In 1937 he was elected an MLA (Member of Legislative Assembly) of the North-West Frontier Province but could not complete his tenure there as he died in September 1939, after a short illness.

His son Khan Abdus Salim Khan was a Pakistani diplomat who was ambassador in Ceylon (now Sri Lanka), Japan, USA and the UK and his daughter-in-law Begum Mahmooda Salim Khan was later Pakistan's first woman minister during the regime of General Ayub Khan. One of his great-grandsons is the Pakistani poet and scholar, Omer Tarin.

Majid Khan Tarin was also a very active early philanthropist of his area and opened many educational institutions and set up a medical ward for Tuberculosis patients at the Haripur government hospital. His family has continued this charitable tradition.

All content from Kiddle encyclopedia articles (including the article images and facts) can be freely used under Attribution-ShareAlike license, unless stated otherwise. Cite this article:
Abdul Majid Khan Tarin Facts for Kids. Kiddle Encyclopedia.