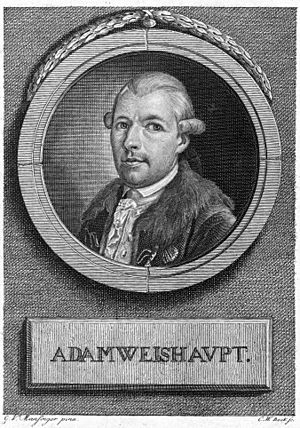 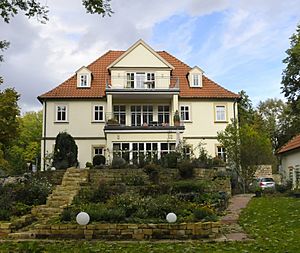 The house in Gotha, where Weishaupt lived from 1786 until his death.

Weishaupt studied history, law, political science and philosophy in Ingolstadt, In 1768, he got his Doctorate in philosophy. In 1772 he became a professor for law, with a specialization in church law.

All content from Kiddle encyclopedia articles (including the article images and facts) can be freely used under Attribution-ShareAlike license, unless stated otherwise. Cite this article:
Adam Weishaupt Facts for Kids. Kiddle Encyclopedia.