Albus Percival Wulfric Brian Dumbledore is a fictional character in J. K. Rowling's Harry Potter series. For most of the series, he is the headmaster of the wizarding school Hogwarts. As part of his backstory, it is revealed that he is the founder and leader of the Order of the Phoenix, an organisation dedicated to fighting Lord Voldemort.

Rowling stated she chose the name Dumbledore, which is a dialectal word for "bumblebee", because of Dumbledore's love of music: she imagined him walking around "humming to himself a lot". 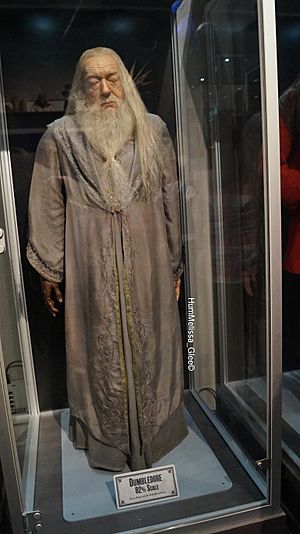 Albus Dumbledore is tall and thin, with silver hair and beard (auburn in his youth) so long that they can be tucked into his belt. He has a very long and crooked nose that looks as if it has been broken at least twice. He is also said to have long and skillful fingers. His eyes are described as being a brilliant, soul-piercing shade of blue, and usually twinkled with kindness and mischief.

Dumbledore wears half-moon spectacles and a colourful array of robes, ranging from purple to bright orange. He once claimed to have a scar above his left knee in the precise shape of a map of the London Underground, but whether or not he actually does is unknown. His demeanour is often – if not always – serene and ethereal, and he usually speaks in a calm, pleasant voice even when Harry thought that he is actually furious.

During the last year of his life, Dumbledore's right hand is scarred when he puts on Marvolo Gaunt's Ring, which was cursed. Had Snape not intervened with a counter-curse, Dumbledore would have died much more quickly. Regardless, the curse left his hand blackened and dead-looking, and no amount of healing could repair the appearance. According to Snape, the curse would eventually spread itself from the contained hand, and Dumbledore was doomed to die in no more than one year's time. 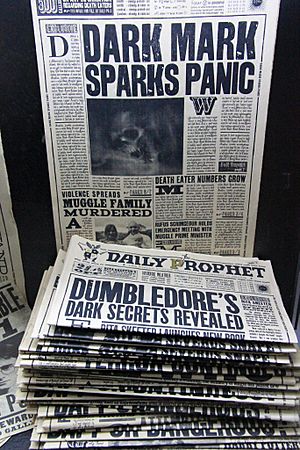 Considered the most powerful wizard in the world, Dumbledore is kind and wise, a good wizard in the style of Merlin. He almost constantly gives off an aura of serenity and composure, rarely displaying intense emotions of anger or fear. Yet despite his benign nature, it is said that Dumbledore was the only wizard Lord Voldemort ever truly feared. He is also known for his odd displays of whimsicality; he often uses humour to make people feel comfortable in his presence.

As a supremely talented wizard, Dumbledore displays numerous examples of extraordinary powers. His abilities as a wizard are combined with a kind of cunning and subtlety of mind that allowed him to comprehend human nature and turn the better aspects of humanity (trust, love, and friendship) to Voldemort's disadvantage in particular.

More than anything else, Dumbledore has a deep capacity for love, frequently reminding Harry that love was the greatest magic of all. Dumbledore believes in the good in everyone and insists on giving second chances. Dumbledore is highly perceptive and emotionally intelligent; his knowledge of a person's true personality goes beyond simply being a good judge of character.

Harry Potter and the Philosopher's Stone 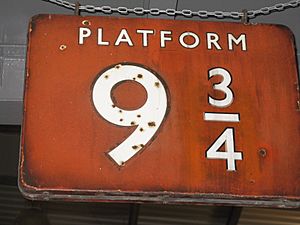 In the opening chapter of the first novel of the series, Dumbledore arrives at number four, Privet Drive in Little Whinging, Surrey. When the evil wizard Lord Voldemort kills Harry's parents before being reduced to a lesser form, Dumbledore decides to place the now-orphaned Harry in the home of Vernon and Petunia Dursley. He knows that Harry will be protected by the special magic caused by his mother's sacrifice, after he evokes the magic of the bond of blood and Harry's aunt, his mother's sister - Petunia Evans Dursley, sealed it by accepting her nephew into her home. This old magic of binding love renders Voldemort incapable of touching Harry. Dumbledore leaves Harry upon the doorstep of the Dursley home with a letter explaining the situation. He departs with the final phrase, "Good luck, Harry."

Harry Potter and the Chamber of Secrets 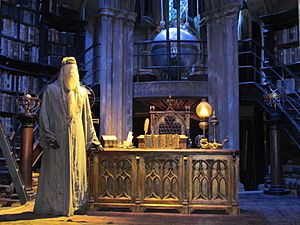 In the second novel, Dumbledore suspects that Tom Riddle is somehow involved in the attacks on the muggle born students, as he says, when asked who is the culprit, "not who, but how?" A younger Dumbledore appears in Riddle's diary, when Harry sees his memory, and asks Riddle if he knows anything about the attacks on the students. During the last half of the novel, Lucius Malfoy forces the school's other eleven governors to suspend Dumbledore as Headmaster in the wake of attacks by a basilisk in the school when the Chamber of Secrets is opened. Dumbledore is reinstated when the governors discover that Ginny Weasley was taken into the Chamber of Secrets and Lucius is found to have coerced the other governors into suspending him.

Harry Potter and the Prisoner of Azkaban 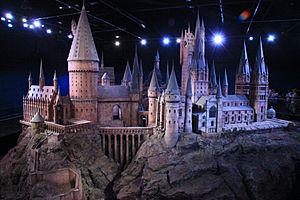 At the beginning of the third novel, Dumbledore is forced to accept Dementors onto his school's grounds for the protection of his students from Sirius Black, the supposed murderer and accessory to murder, who had escaped from Azkaban. After Black's breach into Hogwarts, Dumbledore issues orders to close every entrance to the school and grounds. After Harry falls off his broomstick during a Quidditch match because of the Dementors, Dumbledore becomes uncharacteristically angry with them and uses his wand to cause Harry to levitate safely to the ground.

Harry Potter and the Goblet of Fire 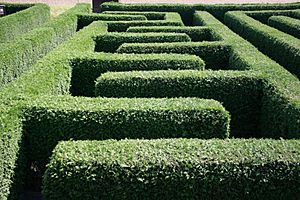 In the fourth novel, Dumbledore introduces the Triwizard Tournament. He also serves as a judge during the entire event. When Harry's name comes out of the Goblet of Fire, Dumbledore is not enraged, but remains calm; simply asking Harry whether he had himself, or had asked an older student to submit his name. When Harry answers no, he believes him. By the end of the book, Dumbledore's fears are realized when Harry returns from his encounter with Voldemort clutching the dead body of Cedric Diggory and when Mad-Eye Moody takes Harry away from Dumbledore and to his office inside the castle. Dumbledore immediately becomes suspicious and heads straight towards Moody's office with Minerva McGonagall and Severus Snape to save Harry and to interrogate Crouch. Afterwards, Dumbledore listens to Harry's eyewitness account about Voldemort's return.

Harry Potter and the Order of the Phoenix 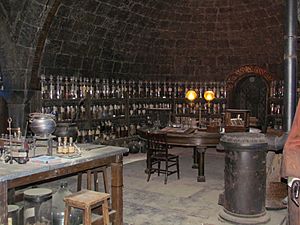 In the fifth book, Dumbledore is demoted from Chief Warlock of the Wizengamot, voted out of the Chairmanship of the International Confederation of Wizards, and is almost stripped of his Order of Merlin First Class due to his speeches regarding the return of Voldemort, although it is reported that he is unconcerned as long as he is not taken off the Chocolate Frog cards. Meanwhile, the Ministry of Magic does everything they can to discredit him and Harry

Harry Potter and the Half-Blood Prince 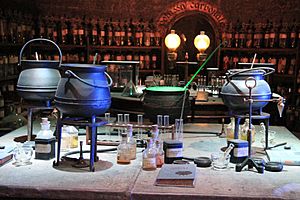 The Making of Harry Potter

In the sixth book, Dumbledore fetches Harry from Privet Drive and takes him to persuade Horace Slughorn to rejoin the Hogwarts staff. Harry notices that Dumbledore's right hand is shrivelled and black. During the school year, Dumbledore teaches Harry of events in Voldemort's past that he feels are of immense importance. Using the Pensieve, they visit the memories of others, which contain important information about Voldemort's life and his genocidal rise to power. While using the pensieve, Harry sees a vision of Dumbledore's first encounter with Voldemort, then a disturbed young orphan named Tom Riddle; Dumbledore had known from the beginning that the boy was dangerous, but believed that Hogwarts would change him.

By the end of the book, Dumbledore and Harry set out to the cave where Dumbledore believes a Horcrux resides. In the cave, Dumbledore drinks a potion inside the Horcrux's container; while drinking it, he begins to scream, seemingly enduring mental torture and being weakened. Dumbledore begins to call out for water after he finishes the potion, and Harry, realising he has no other choice, dips the goblet into the lake to give him a drink. When he does this though, all the Inferi that reside in the lake grab at Harry and attempt to drag him down and drown him in the lake. Dumbledore suddenly recovers, thanks to the water, and conjures a fire lasso around them. 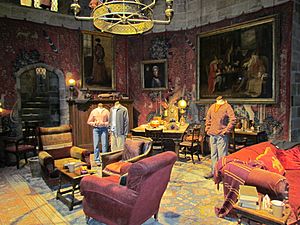 Dumbledore takes the horcrux (a locket) and both make their way back out of the cave and back to Hogsmeade. When they return, Madam Rosmerta informs them that the Dark Mark was conjured over the Astronomy Tower. In the tower, Dumbledore enjoins Harry not to interfere in the events that are about to take place there, and places him in a body-binding curse under his invisibility cloak. Hidden, Harry is unable to intervene as Dumbledore (now extremely weak) is disarmed by Draco. Dumbledore is conversing with Draco about the plot to kill him, when several other Death Eaters enter the tower and try to persuade Draco to kill Dumbledore. When Draco hesitates, Snape appears and performs the Killing Curse on Dumbledore, Dumbledore dies on Hogwarts' grounds.

Shortly after his death, Dumbledore's portrait magically appears in the Headmaster's office. His funeral is attended by students, Hogwarts staff, members of the Ministry of Magic, ghosts, centaurs, merpeople and others who wish to pay their respects. Shrouded in purple velvet, he is entombed in a white marble sarcophagus beside the lake at Hogwarts, and it is said that he is the only headmaster to be buried on the school grounds.

Harry Potter and the Deathly Hallows 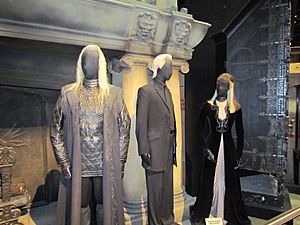 Rowling used several chapters in Harry Potter and the Deathly Hallows to reveal two major details concerning Dumbledore: his early life and his death. The book introduces his parents, Percival and Kendra Dumbledore, as well as his little sister, Ariana; his brother, Aberforth Dumbledore, was mentioned in previous books.

Decades later, in 1945, Dumbledore finally defeated the now-Dark wizard Grindelwald, who had come to possess the Elder Wand. Grindelwald's defeat made Dumbledore the master of the Elder Wand, which remained his until just before his death, when Draco used the Disarming Charm on him. 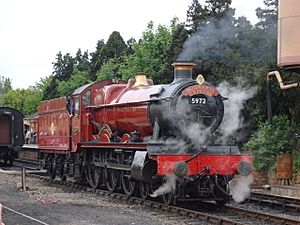 The truth about Dumbledore's death is revealed through Snape's last memories in the Pensieve. Harry learns that Dumbledore made a terrible error by placing a cursed ring on his right hand, sometime between the fifth and sixth book, forgetting the curses that must be on the ring. The ring held the Resurrection Stone, which Dumbledore hoped to use to allow him to apologise to his sister and parents.

Dumbledore's spirit appears to Harry towards the end of the book in a limbo-like King's Cross, after Harry is struck with the Killing Curse which was conjured by Voldemort. In the epilogue, it is revealed that Harry names his second son Albus Severus Potter after Dumbledore and Snape.

All content from Kiddle encyclopedia articles (including the article images and facts) can be freely used under Attribution-ShareAlike license, unless stated otherwise. Cite this article:
Albus Dumbledore Facts for Kids. Kiddle Encyclopedia.