Aloomba is a town and a locality in the Cairns Region, Queensland, Australia. In the 2016 census, Aloomba had a population of 529 people.

Aloomba is a discrete settlement away from the highway, mostly populated by people living on sugar cane farms. 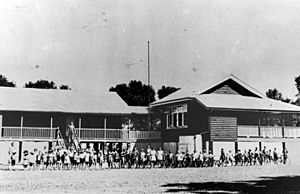 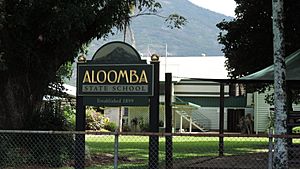 All content from Kiddle encyclopedia articles (including the article images and facts) can be freely used under Attribution-ShareAlike license, unless stated otherwise. Cite this article:
Aloomba, Queensland Facts for Kids. Kiddle Encyclopedia.