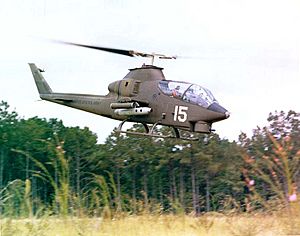 AH-1 Cobra is an American military helicopter. It is an attack helicopter. It is made by Bell Helicopter company. It has one engine. Its first flight was on 7 September 1967. The United States Army don't use the AH-1 any more, and replaced it with the AH-64 Apache. The single-engine AH-1 Cobra is still active in some other countries like Israel and Iran. The United States Marine Corps still use the two-engine Bell AH-1 SuperCobra. The Cobra's weapons are: 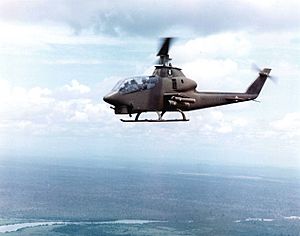 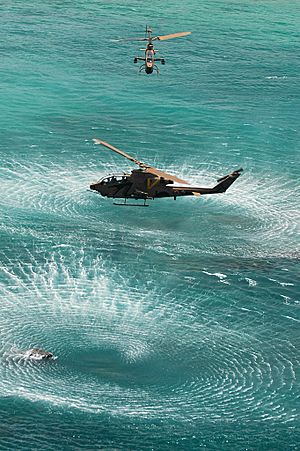 All content from Kiddle encyclopedia articles (including the article images and facts) can be freely used under Attribution-ShareAlike license, unless stated otherwise. Cite this article:
Bell AH-1 Cobra Facts for Kids. Kiddle Encyclopedia.