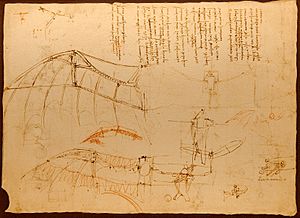 Leonardo da Vinci tried to study the flying of birds to create a device that would allow a human to fly. Although he failed, this is a typical example of bionics.

Bionics (also known as biomimetics) is the science about studying nature to create modern technology.

The name biomimetics was coined by Otto Schmitt in the 1950s. The term bionics was coined by Jack E. Steele in 1958 while working at the Aeronautics Division House at Wright-Patterson Air Force Base in Dayton, Ohio. However, terms like biomimicry or biomimetics are more preferred in the technology world in efforts to avoid confusion between the medical term bionics. Coincidentally, Martin Caidin used the word for his 1972 novel Cyborg, which inspired the series The Six Million Dollar Man. Caidin was a long-time aviation industry writer before turning to fiction full-time. 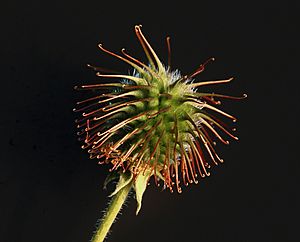 Velcro was inspired by the tiny hooks found on the surface of burs.

The study of bionics often emphasizes implementing a function found in nature rather than imitating biological structures. For example, in computer science, cybernetics tries to model the feedback and control mechanisms that are inherent in intelligent behavior, while artificial intelligence tries to model the intelligent function regardless of the particular way it can be achieved.

The conscious copying of examples and mechanisms from natural organisms and ecologies is a form of applied case-based reasoning, treating nature itself as a database of solutions that already work. Proponents argue that the selective pressure placed on all natural life forms minimizes and removes failures.

Although almost all engineering could be said to be a form of biomimicry, the modern origins of this field are usually attributed to Buckminster Fuller and its later codification as a house or field of study to Janine Benyus.

There are generally three biological levels in the fauna or flora, after which technology can be modeled: 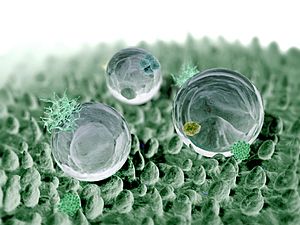 Specific uses of the term

Bionics is a term which refers to the flow of concepts from biology to engineering and vice versa. Hence, there are two slightly different points of view regarding the meaning of the word.

In medicine, bionics means the replacement or enhancement of organs or other body parts by mechanical versions. Bionic implants differ from mere prostheses by mimicking the original function very closely, or even surpassing it.

Bionics' German equivalent, Bionik, always adheres to the broader meaning, in that it tries to develop engineering solutions from biological models. This approach is motivated by the fact that biological solutions will usually be optimized by evolutionary forces.

While the technologies that make bionic implants possible are still in infancy, a few bionic items already exist, the best known being the cochlear implant, a device for deaf people. By 2004 fully functional artificial hearts were developed. Significant progress is expected with the advent of nanotechnology. A well-known example of a proposed nanodevice is a respirocyte, an artificial red cell, designed (though not built yet) by Robert Freitas.

Kwabena Boahen from Ghana was a professor in the Department of Bioengineering at the University of Pennsylvania. During his eight years at Penn, he developed a silicon retina that was able to process images in the same manner as a living retina. He confirmed the results by comparing the electrical signals from his silicon retina to the electrical signals produced by a salamander eye while the two retinas were looking at the same image.

In 2007 the Scottish company Touch Bionics launched the first commercially available bionic hand, named "i-Limb Hand". According to the firm, by May 2010 it has been fitted to more than 1,200 patients worldwide.

The Nichi-In group is working on biomimicking scaffolds in tissue engineering, stem cells and regenerative medicine have given a detailed classification on biomimetics in medicine.

On 21 July 2015, the BBC’s medical correspondent Fergus Walsh reported, "Surgeons in Manchester have performed the first bionic eye implant in a patient with the most common cause of sight loss in the developed world. Ray Flynn, 80, has dry age-related macular degeneration which has led to the total loss of his central vision. He is using a retinal implant which converts video images from a miniature video camera worn on his glasses. He can now make out the direction of white lines on a computer screen using the retinal implant." The implant, known as the Argus II and manufactured in the US by the company Second Sight Medical Products, had been used previously in patients who were blind as the result of the rare inherited degenerative eye disease retinitis pigmentosa.

Business biomimetics is the latest development in the application of biomimetics. Specifically it applies principles and practice from biological systems to business strategy, process, organisation design and strategic thinking. It has been successfully used by a range of industries in FMCG, defence, central government, packaging and business services. Based on the work by Phil Richardson at the University of Bath the approach was launched at the House of Lords in May 2009.

In a more specific meaning, it is a creativity technique that tries to use biological prototypes to get ideas for engineering solutions. This approach is motivated by the fact that biological organisms and their organs have been well optimized by evolution. In chemistry, a biomimetic synthesis is a chemical synthesis inspired by biochemical processes.

Another, more recent meaning of the term bionics refers to merging organism and machine. This approach results in a hybrid system combining biological and engineering parts, which can also be referred as a cybernetic organism (cyborg). Practical realization of this was demonstrated in Kevin Warwick's implant experiments bringing about ultrasound input via his own nervous system.

All content from Kiddle encyclopedia articles (including the article images and facts) can be freely used under Attribution-ShareAlike license, unless stated otherwise. Cite this article:
Bionics Facts for Kids. Kiddle Encyclopedia.