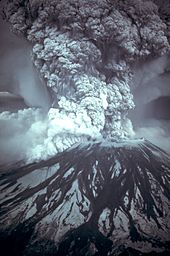 Catastrophism is the idea that Earth has been affected in the past by sudden, short-lived, violent events. Catastrophes, possibly worldwide in scope, came between long periods of quiet inactivity. This was called 'Catastrophism' by William Whewell in 1837.

Catastrophes were thought to be the main cause of the changes seen in the record of the rocks and fossils. This record appeared to show that the Earth had suffered occasional gigantic upheavals in what was otherwise a quiet planet.

Supporting this view was the greatest comparative anatomist and palaeontologist of the early 19th century. He was Georges Cuvier, Director of the Muséum national d'histoire naturelle in Paris. Cuvier had shown that extinction of species had definitely taken place. His catastrophism was an explanation for the regular changes in species seen in the rock strata. He had no real explanation of why later species were different from earlier ones. He rejected the idea of evolution, but did not propose a religious solution.

This was uniformitarianism, also a word coined by Whewell. Hutton's basic idea was 'present-day processes also worked in the past'. The Earth's features had been shaped by same geological processes that could be observed in the present, acting gradually over an immense period of time.

Lyell developed these ideas, and presented a huge number of observations which could only be explained by gradual action. His book strongly influenced the young Charles Darwin, who took the first volume with him on the HMS Beagle, and had the second volume sent ahead to Rio de Janeiro.

The age of the Earth is another factor in the debate. In the 19th century it was thought the Earth was perhaps 100 million years old. Now, we know it to be about 4,560 million years old, and that is definitely long enough for slow process to take effect.

As a result, for a long period from 1840 to 1980, virtually all geologists were uniformitarians, believing 'the present is the key to the past'.

Finally, it became clear that both slow processes and rapid disasters have played a part in Earth history.

A major reason for this is the realisation that asteroid impacts, and some other events, have influenced Earth history.

End of the dinosaurs 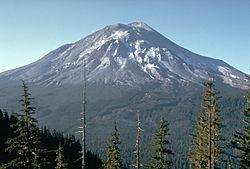 Walter and Luis Alvarez suggested in 1980 that a 10 kilometres (6.2 mi) asteroid struck Earth 65 million years ago at the end of the Cretaceous period.

The impact wiped out about 70% of all species, including the dinosaurs, leaving evidence of the K/T extinction event. In 1990, a 180 kilometres (110 mi) candidate crater marking the impact was identified at Chicxulub in the Yucatán Peninsula, Mexico.

The only debate now is whether the main extinction mechanism was the asteroid impact or widespread flood volcanism from the Deccan Traps (which occurred about the same time). Both mechanisms suggested are catastrophic in nature, though only the asteroid impact was sudden.

The observation of the Shoemaker-Levy 9 cometary collision with Jupiter illustrated that catastrophic events do occur as natural events.

Origin of the Moon

The giant impact hypothesis is that the Moon was created out of the debris from a collision between the young Earth and a Mars-sized protoplanet. This is the favoured scientific hypothesis for the formation of the Moon.

All content from Kiddle encyclopedia articles (including the article images and facts) can be freely used under Attribution-ShareAlike license, unless stated otherwise. Cite this article:
Catastrophism Facts for Kids. Kiddle Encyclopedia.