The Central Line is a line of the London Underground. Its colour is red on the tube map. It runs east-west through London. The line was the longest line until the line between Epping and Ongar was closed. Outside the rush hours trains run every 3-4 minutes in Central London and every 6-7 minutes on the branches. 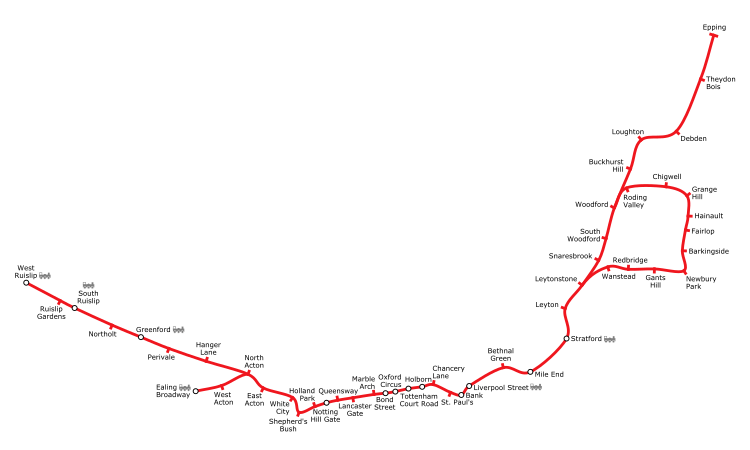 In order from west to east. Station in italics are not in the on the Central line anymore

The Greater London boundary with Essex is at Grange Hill

Terminates at Woodford [see Ongar Branch] (except for rush hours)

Note: the remaining stations to Ongar were served by a shuttle service from Epping.

All content from Kiddle encyclopedia articles (including the article images and facts) can be freely used under Attribution-ShareAlike license, unless stated otherwise. Cite this article:
Central line Facts for Kids. Kiddle Encyclopedia.