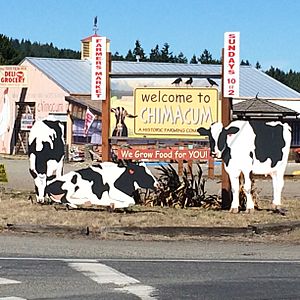 Chimacum is an unincorporated community in Jefferson County, Washington, United States, located in the center of the primary agricultural area of the eastern Olympic Peninsula. It was named after the Chimakum (also spelled Chemakum or Chimacum) group of Indigenous Americans that lived there until the late 19th century but are now extinct as a distinct cultural group after losing successive conflicts with neighboring tribes.

The Chimacum Valley remains and maintains an identity as a progressive agricultural area with many small locally owned farmsteads, a full-service farmstand grocer carrying only locally produced goods, and a community farmers' market held year-round each Sunday from 10 AM to 2 PM. The area is also served by a local branch of The National Grange of the Order of Patrons of Husbandry who celebrated their 90th anniversary in 2008. 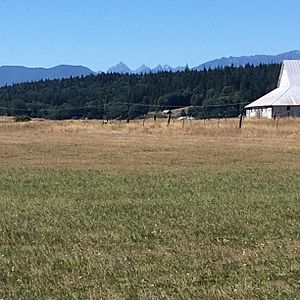 Olympic Mountains from the Chimacum Valley 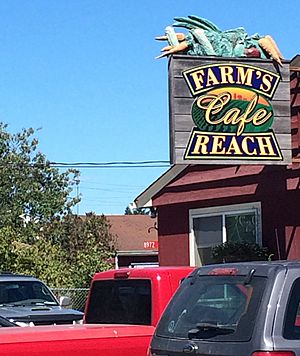 In May 2014 the Jefferson County Land Trust in collaboration with Washington State University have designated over 15 acres of undeveloped agricultural land in central Chimacum to be reserved as incubator farms and called the Chimacum Commons. This project envisions an educational and trade hub offering both affordable, clustered local housing and a workspace for agricultural and horticultural science students and small-scale farming professionals to develop, grow, and master their crafts. 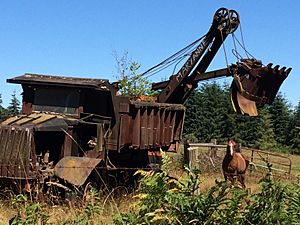 Chimacum is the home of Chimacum Schools' main campus, which serves the unincorporated communities of east Jefferson County to the south of Port Townsend and north of Quilcene, including Chimacum itself, Port Hadlock, Irondale, Marrowstone Island, Oak Bay, Paradise Bay, Port Ludlow, and Shine.

Betty MacDonald's The Egg and I, the book upon which the Ma and Pa Kettle films were based, described the author's experiences on a chicken farm on the road that became Egg & I Rd, Chimacum.

All content from Kiddle encyclopedia articles (including the article images and facts) can be freely used under Attribution-ShareAlike license, unless stated otherwise. Cite this article:
Chimacum, Washington Facts for Kids. Kiddle Encyclopedia.