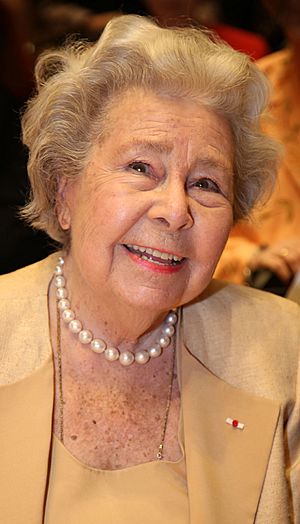 Christa Ludwig (16 March 1928 – 24 April 2021) was German dramatic mezzo-soprano. She was known for her performances of opera, Lieder, oratorio.

Her career spanned from the late 1940s until the early 1990s. She is widely called as one of the most significant and known singers of the 20th century, "with a voice of exquisite richness and, when needed breathtaking amplitude."

All content from Kiddle encyclopedia articles (including the article images and facts) can be freely used under Attribution-ShareAlike license, unless stated otherwise. Cite this article:
Christa Ludwig Facts for Kids. Kiddle Encyclopedia.