Comber (from Irish: An Comar, meaning "the confluence") is a small town in County Down, Northern Ireland. It lies 5 miles south of Newtownards, at the northern end of Strangford Lough. It is situated in the townland of Town Parks, the civil parish of Comber and the historic barony of Castlereagh Lower. Comber is part of the Borough of Ards. It is also known for Comber Whiskey which was last distilled in 1953. A notable native was Thomas Andrews, the designer of the RMS Titanic and was among the many who went down with her. It had a population of 9,078 people in the 2011 Census.

The confluence of two rivers, which gave the town its name, is that of the Glen River and the Enler River which meet here. There is believed to have been a church here since the time of St Patrick, while a Cistercian abbey was founded around 1200 on the site of the present Church of Ireland church, a site likely chosen to take advantage of the good access to Strangford Lough. After Henry VIII dissolved the monasteries in 1541, the abbey fell into ruins and its stone has since been used in other buildings. 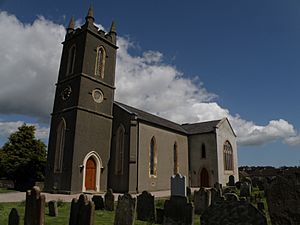 During the influx of Scots in the early 1600s (see Plantation of Ulster), a settlement grew up at Comber, although it was focused about a mile further south than at present, in the townland of Cattogs, and there is evidence that the settlement was a port used by traders and fishermen. By the 1700s, however, the focus of the town had moved to the area of the present main Square and Comber became established as an industrial centre with several mills.

The Andrews family made Comber a centre of both linen production and grain processing by the second half of the 1700s. Whiskey distilling was a prominent industry by the mid-1800s, the most prominent of the distillers being John Miller, uncle of William James (Lord) Pirrie and Eliza (wife of Thomas Andrews Snr.). One member of the Andrews family, Thomas, rose to fame as designer of the ill-fated RMS Titanic, although he tragically lost his life when the ship sank in 1912. By 1841 the town had 1,400 inhabitants. The 20th century saw Comber lose much of its industry but re-establish itself as a commuter town for the Belfast urban area, swelling in population from 4,000 in 1961 to 8,933 according to the 2001 Census. 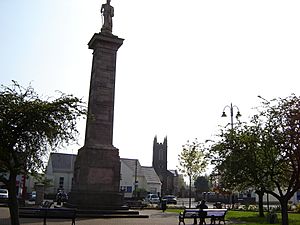 The Square. The Gillespie Memorial and St. Mary's Parish Church can also be seen.

In Comber's Square, you cannot fail to see the statue of Major General Rollo Gillespie. Gillespie was a local war hero from the 19th century, famous for his heroic exploits in India. It was constructed under the oversight of John Fraser, the first County Surveyor of Down, and was unveiled on 24 June 1845 (St. John's Day). Fifty lodges of the Masonic Order were present, in what is believed to be the biggest Masonic gathering in Irish history. It was calculated that 25,000 to 30,000 people crowded into the town to witness the ceremony. The column is 55 feet high. At the foot of the column are many Masonic symbols and his famous last words "One shot more for the honour of Down". The Square is also the place where you will find a memorial to those who perished on Titanic, which has strong links to the town. The town even has its own "Comber Titanic Audio Trail which guides you to special places of interest throughout Comber that relate to the Titanic story."

The Enler River in Comber has also flooded many times in past years. As a result, the Comber flood wall was built along the river through the town which has held the water back since.

On Sunday the 3rd of June 2012 at 8:05am the Olympic Torch passed through the centre of the town on its way to Stormont.

Comber grew as a market town with many family run businesses, throughout the 19th and 20th centuries, however a recent increase in more well known shops has taken place. For example, Tesco Express has recently opened up on the square. Shop4you has also opened up after taking over the old Strickland Brothers Garage. Other big stores in nearby Newtownards have also opened leading to a decline in the traditional and independent shops. This has led to some parts of the town becoming derelict and run down. Despite this the town has started to become increasingly popular with tourists and this has led to an upsurge in craft shops, art galleries as well as numerous cafes proving to be very successful in the town. Some would even say the Square has become a hub for a new sense of café culture. There were also calls for comber market to be reinstated after years without one. Despite being turned down by Ards Council for support, a monthly Farmers’ Market in Comber will open on Thursday 3 July 2014 in St Mary’s Parish Church car park beside the Square, Comber. From 9.00am – 1.30pm. The artisan food market which has been pioneered by Councillor Deborah Girvan and supported by the Comber Regeneration and Community Partnership (CRCP) will give local food producers and growers an opportunity to sell their produce at market value prices to a wide range of customers. The market recently received a grant of almost £10,000 from the Big Lottery’s Awards for All programme and plans to buy stalls and promote the market have swung into action.

The town is also set to benefit from a £2.4 million public realm scheme. The scheme encompassing High Street, The Square, Bridge Street, Bridge Street Link, Killinchy Street and Castle Street will reinvigorate Comber, creating a unique and uniform identity for the town centre. The design concepts were developed in partnership with Ards Borough Council, and, community and business representatives. Making the announcement, Minister McCausland said: “This represents a significant investment by the Northern Ireland Executive and Ards Borough Council. The scheme has been designed to bring the maximum benefit to all of Comber’s residents and to make the town centre much more attractive to visitors. This scheme is a fundamental part of the strategy ‘Envisaging the future of Comber’. “I know from the success of public realm schemes in other towns, that this investment will make a significant contribution to improving the fortunes of the town centre. This funding demonstrates my ongoing commitment to the regeneration of Comber.” Mayor of Ards, Councillor Stephen McIlveen, welcomed the confirmation of funding. He said: "This investment by DSD and the Council will transform the visual appearance of the town centres, enhancing their appeal as places to visit and shop, with the associated positive economic impact. I look forward now to seeing the designs developed and finalised and to work beginning."

Like the rest of Ireland, the Comber area has long been divided into townlands, whose names mostly come from the Irish language. Over time, more rural townlands have been built upon and they have given their names to many roads and housing estates. The following is a list of townlands within Comber’s urban area, alongside their likely etymologies:

Comber also has the benefit of the Comber GreenwayThe Comber Greenway is a 7-mile (11 km) traffic-free section of the National Cycle Network, in development along the old Belfast-Comber railway line. The cycle path starts on Dee Street in Belfast and finishes at Comber. Now completed the Greenway provides an eco-friendly cycle path with views of Stormont and Scrabo Tower. This attracts many cyclists into the town which helps benefit the local economy. The current route of the Greenway was originally used as the route for the Belfast and County Down Railway. The railway was in use from 1850's to 1950 when it was permanently retired. Throughout the 1950s the track was lifted in stages and infrastructure, including bridges, removed. Local activists and politicians have proposed plans to extend the Greenway into the town centre directly which they say would benefit the local businesses even more.

Castle Espie is a wetland reserve managed by the Wildfowl and Wetlands Trust (WWT) on the banks of Strangford Lough, three miles south of Comber, County Down, Northern Ireland. It is part of the Strangford Lough Ramsar Site. It provides an early wintering site for almost the entire Nearctic population of Pale-bellied Brent Geese. The Castle which gave the reserve its name no longer exists. Castle Espie was officially opened as a Wildfowl and Wetlands Trust centre by Lady Scott on 4 May 1990. The site had previously been a limestone quarry, and also had a brickworks, pottery and lime kilns for producing lime from limestone, as well as part of a farm.

In September 2007, the Heritage Lottery Fund awarded a grant of £2.96 million towards a major wetland restoration project at Castle Espie, the largest investment in biodiversity in Northern Ireland. At the heart of the project, costing £4m in all, will be the restoration and improvement of intertidal and freshwater habitats along the shores of Strangford Lough to encourage more species and greater numbers of waterbirds to feed, roost or breed at Castle Espie, as well as restoring important habitats. A new ecologically sustainable visitor centre would also be constructed,and other improvements would be carried out to hides and observatories.

Comber railway station on the Belfast and County Down Railway, opened on 6 May 1850, but finally closed on 24 April 1950. Comber also has a good public transport network with buses travelling to Belfast and Newtownards everyday on a frequent basis.

In 2003 'phase two' of the Comber bypass was officially opened for traffic. This new section starts at the end of the dual carriage way from Newtownards and links up with the existing section via a roundabout on Killinchy street. Comber is also connected by a direct cycle route to Belfast. Known as the Comber Greenway, this traffic free cycle path runs for 7 miles along the old railway track bed.

Comber is classified as a small town by the Northern Ireland Statistics and Research Agency (NISRA) (i.e. with population between 4,500 and 10,000 people). On Census day (29 April 2001) there were 8,933 people living in Comber. Of these: 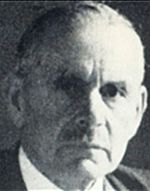 All content from Kiddle encyclopedia articles (including the article images and facts) can be freely used under Attribution-ShareAlike license, unless stated otherwise. Cite this article:
Comber Facts for Kids. Kiddle Encyclopedia.