Conservation of mass facts for kids 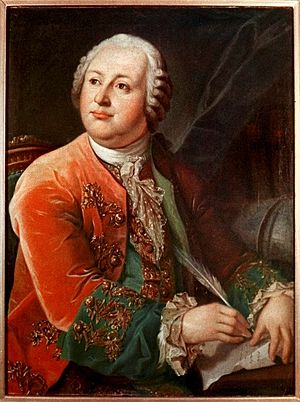 Russian scientist Mikhail Lomonosov discovered the law of mass conservation in 1756 by experiments, and came to the conclusion that phlogiston theory is incorrect. 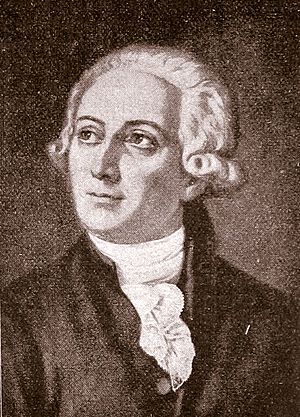 Antoine Lavoisier's discovery of the Law of Conservation of Mass led to many new findings in the 19th century. Joseph Proust's law of definite proportions and John Dalton's atomic theory branched from the discoveries of Antoine Lavoisier. Lavoisier's quantitative experiments revealed that combustion involved oxygen rather than what was previously thought to be phlogiston.

The law of conservation of mass or principle of mass conservation states that for any system closed to all transfers of matter and energy, the mass of the system must remain constant over time, as system mass cannot change quantity if it is not added or removed. Hence, the quantity of mass is "conserved" over time. The law implies that mass can neither be created nor destroyed, although it may be rearranged in space, or the entities associated with it may be changed in form, as for example when light or physical work is transformed into particles that contribute the same mass to the system as the light or work had contributed. Thus, during any chemical reaction, nuclear reaction, or radioactive decay in an isolated system, the total mass of the reactants or starting materials must be equal to the mass of the products.

The concept of mass conservation is widely used in many fields such as chemistry, mechanics, and fluid dynamics. Historically, mass conservation was discovered in chemical reactions by Antoine Lavoisier in the late 18th century, and was of crucial importance in the progress from alchemy to the modern natural science of chemistry.

The closely related concept of matter conservation was found to hold good in chemistry to such high approximation that it failed only for the high energies treated by the later refinements of relativity theory, but otherwise remains useful and sufficiently accurate for most chemical calculations, even in modern practice.

In special relativity, needed for accuracy when large energy transfers between systems is involved, the difference between thermodynamically closed and isolated systems becomes important, since conservation of mass is strictly and perfectly upheld only for so-called isolated systems, i.e. those completely isolated from all exchanges with the environment. In this circumstance, the mass–energy equivalence theorem states that mass conservation is equivalent to total energy conservation, which is the first law of thermodynamics. By contrast, for a thermodynamically closed system (i.e., one which is closed to exchanges of matter, but open to exchanges of non-material energy, such as heat and work, with the surroundings) mass is (usually) only approximately conserved. The input or output of non-material energy must change the mass of the system in relativity theory, although the change is usually small, since relatively large amounts of such energy (by comparison with ordinary experience) carry only a small amount of mass (again by ordinary standards of measurement).

In special relativity, mass is not converted to energy, since mass and energy cannot be destroyed, and energy in all of its forms always retains its equivalent amount of mass throughout any transformation to a different type of energy within a system (or translocation into or out of a system). Certain types of matter (a different concept) may be created or destroyed, but in all of these processes, the energy and mass associated with such matter remains unchanged in quantity (although type of energy associated with the matter may change form).

In general relativity, mass (and energy) conservation in expanding volumes of space is a complex concept, subject to different definitions, and neither mass nor energy is as strictly and simply conserved as is the case in special relativity and in Minkowski space. For a discussion, see mass in general relativity.

An important idea in ancient Greek philosophy was that "Nothing comes from nothing", so that what exists now has always existed: no new matter can come into existence where there was none before. An explicit statement of this, along with the further principle that nothing can pass away into nothing, is found in Empedocles (approx. 490–430 BC): "For it is impossible for anything to come to be from what is not, and it cannot be brought about or heard of that what is should be utterly destroyed."

A further principle of conservation was stated by Epicurus (341–270 BC) who, describing the nature of the Universe, wrote that "the totality of things was always such as it is now, and always will be".

Jain philosophy, a non-creationist philosophy based on the teachings of Mahavira (6th century BC), states that the universe and its constituents such as matter cannot be destroyed or created. The Jain text Tattvarthasutra (2nd century AD) states that a substance is permanent, but its modes are characterised by creation and destruction. A principle of the conservation of matter was also stated by Nasīr al-Dīn al-Tūsī (1201–1274). He wrote that "A body of matter cannot disappear completely. It only changes its form, condition, composition, color and other properties and turns into a different complex or elementary matter".

All content from Kiddle encyclopedia articles (including the article images and facts) can be freely used under Attribution-ShareAlike license, unless stated otherwise. Cite this article:
Conservation of mass Facts for Kids. Kiddle Encyclopedia.