John Dalton FRS (6 September 1766 – 27 July 1844) was an English chemist, physicist, and meteorologist. He is best known for introducing the atomic theory into chemistry, and for his research into colour blindness, sometimes referred to as Daltonism in his honour. Both he and his brother were colour blind and he recognised that the condition must be hereditary. 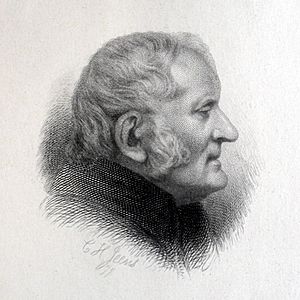 John Dalton was born into a Quaker family in Eaglesfield, near Cockermouth, in Cumberland, England. He received his early education from his father and from Quaker John Fletcher, who ran a private school in the nearby village of Pardshaw Hall. Dalton's family was too poor to support him for long and he began to earn his living at the age of ten. It is said he began teaching at a local school at age 12, and became proficient in Latin at age 14.

When he was 15, Dalton joined his older brother Jonathan in running a Quaker school in Kendal, Westmorland. He acquired much scientific knowledge from informal instruction by John Gough, a blind philosopher who was gifted in the sciences and arts. At the age of 27 he was appointed teacher of mathematics and natural philosophy at the "New College" in Manchester. He remained there until the age of 34, when the college's worsening financial situation led him to resign his post and begin a new career as a private tutor in mathematics and natural philosophy. 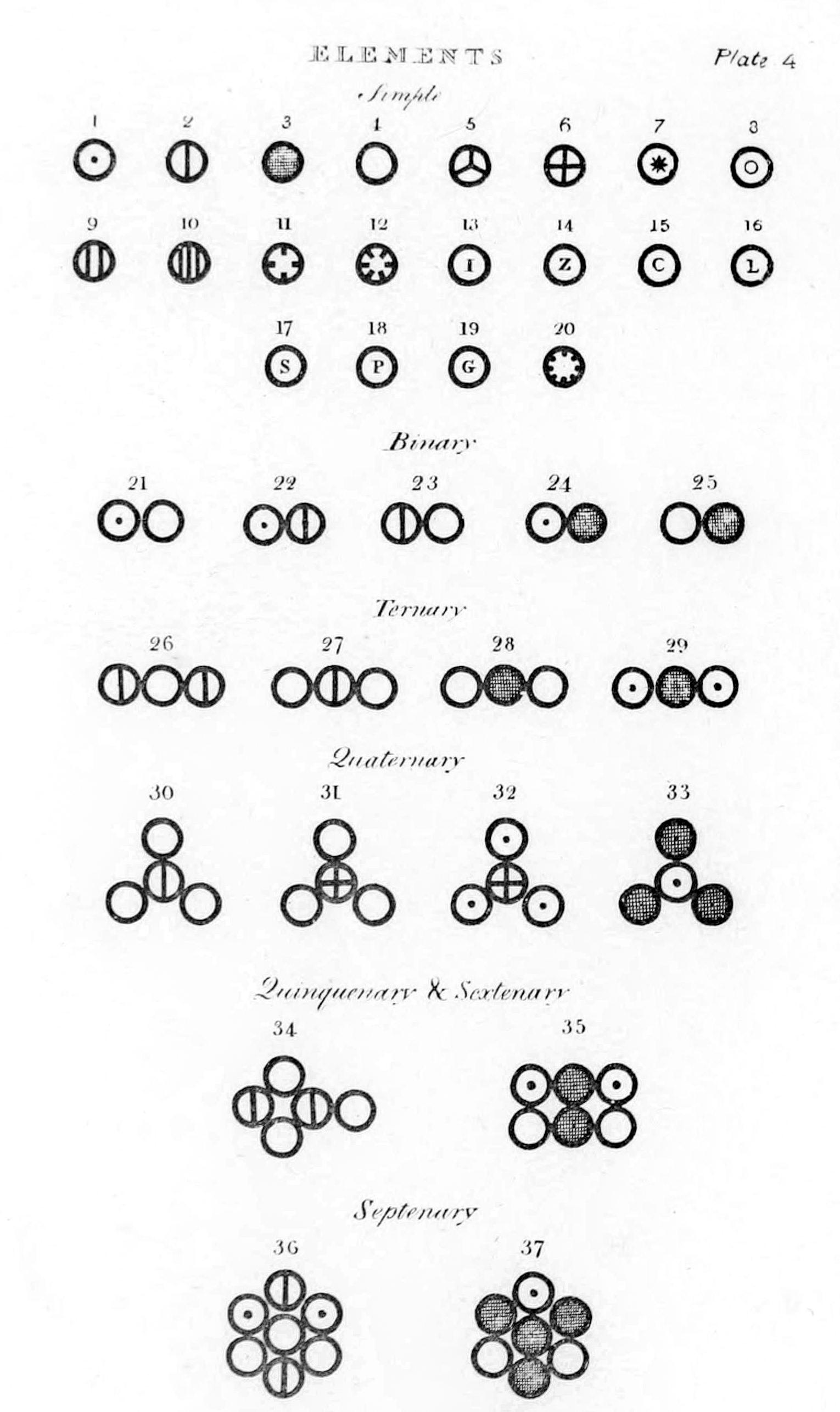 Dalton's Atomic theory is a scientific theory about atoms. Dalton made the theory to explain why elements would combine in certain ways The idea of atoms was already known at the time, but not widely accepted. Dalton's theory of atoms was based on actual observation. Before this, ideas about atoms were based more on philosophy.

The main points of Dalton's atomic theory are:

Although not a part of the Dalton's original atomic theory, it is believed that Dalton's atomic theory contained the way that the atoms use to bond together. Dalton used his own symbols to visually represent the atomic structure of compounds. They were depicted in the New System of Chemical Philosophy, where he listed 20 elements and 17 simple molecules. 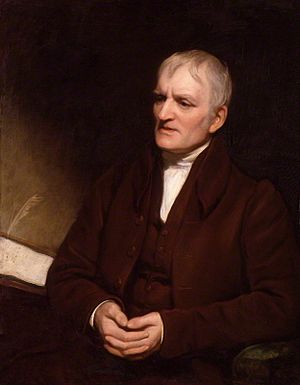 Dalton never married and had only a few close friends. As a Quaker, he lived a modest and unassuming personal life.

For the 26 years prior to his death, Dalton lived in a room in the home of the Rev W. Johns, a published botanist, in George Street, Manchester.

Dalton's daily round of laboratory work and tutoring in Manchester was broken only by annual excursions to the Lake District and occasional visits to London. In 1822 he paid a short visit to Paris, where he met many distinguished resident men of science. He attended several of the earlier meetings of the British Association at York, Oxford, Dublin and Bristol. 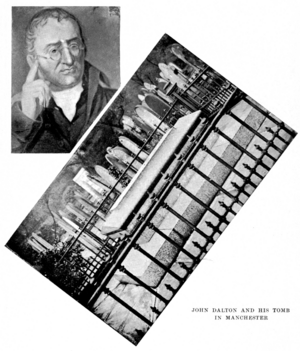 John Dalton and his tomb in Manchester

Dalton suffered a minor stroke in 1837, and a second in 1838 left him with a speech impairment, although he remained able to perform experiments. In May 1844 he had another stroke; on 26 July 1844 he recorded with trembling hand his last meteorological observation. On 27 July 1844, in Manchester, Dalton fell from his bed and was found lifeless by his attendant.

Dalton was accorded a civic funeral with full honours. His body lay in state in Manchester Town Hall for four days and more than 40,000 people filed past his coffin. The funeral procession included representatives of the city’s major civic, commercial, and scientific bodies. He was buried in Manchester in Ardwick cemetery. The cemetery is now a playing field, but pictures of the original grave may be found in published materials. 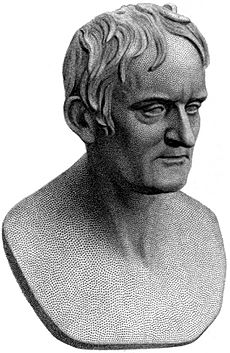 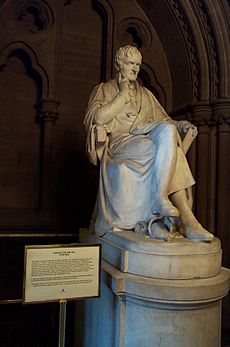 Statue of Dalton by Chantrey 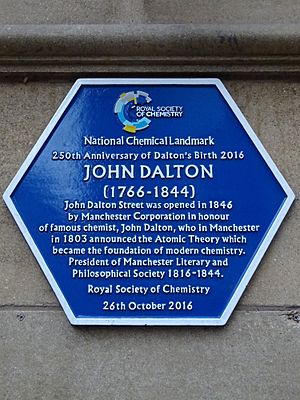 Blue plaque erected by The Royal Society of Chemistry 2016

All content from Kiddle encyclopedia articles (including the article images and facts) can be freely used under Attribution-ShareAlike license, unless stated otherwise. Cite this article:
John Dalton Facts for Kids. Kiddle Encyclopedia.